Dramatic clouds over the bay

The next morning, we were in malakilaki (quick quick) mode, as we had another long trek in front of us. Our destination was Mangily, another coastal village, connected to the R7, the major road south west from Antananarivo.

Along the hot, sandy and dusty road, we had lunch in a small fishing community.

We took the opportunity to explore the big sand dunes and were quickly surrounded by kids. Happy, smiley kids, eager to show us around, as well as their skills. 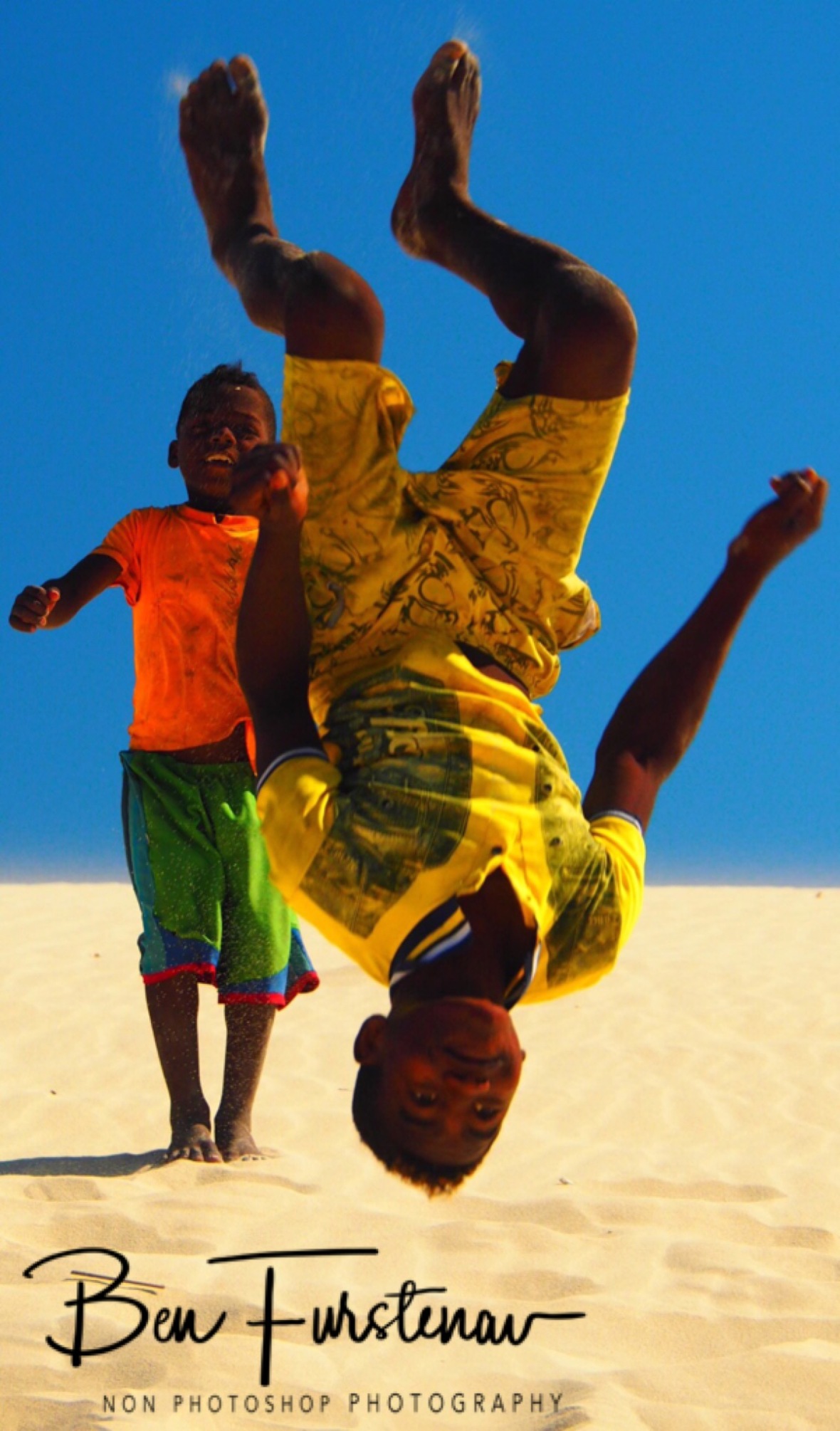 Lunch was great, fresh seafood in a Malagasy like restaurant, before we traveled on.

Mangily means scratching in Malagasy, luckily I was only scratching my head, wondering what’s going on in this busy town……others had other reasons to scratch and there are no mosquitoes here!

As we left the dusty 4 WD Track behind, we were back on the the main road,and it is a busy town. Tourism is a major income here and Malagasy try to cash in on that. Fair enough, just not my kinda world. I can’t blame them, as this is peak season and the time to cash in. There’s hardly any tourist here in the wet season. If I had more space in my backpack, I would have bought more. Another disgusting fact here is, that a lot of old men, and I mean old, grey haired french men, walking and acting like the the king of town. I can overlook that, but the disturbing fact was, they all had Malagasy girlfriends, not even 20 years old!! sick sick sick!!! The power of money is even more obvious here and a major issue in the 4th poorest country in the world.

When you think about it, I had a fantastic day. We got up early to take the outrigger pirogue out whale watching, along with coffee and breakfast.

We did manage to see two, but they disappeared quickly. The skipper wanted to follow, without sail, just paddling, in white capped seas.

Or just enjoying the view

There’s no way we would have gotten there, unless getting absolutely drenched. I told him ‘Moora Moora’, and hoped he understood me saying that I am lucky enough to see plenty of whales in Australia, mate. Ha ha, I couldn’t help adding ‘mate’… you can’t say Australia, without adding mate to it. He nodded and smiled.
Anyhoozle, we called it off and cruised back to the inner reef,  passing a lot of fishermen in their pirogues. Back on land, some locals returned with fish and lobster, almost all well undersized. Protecting land and water is not what locals are used to here, take what you can, when you can, whilst stock last. But stock is running low. I was more interested watching the kids practicing their pirogue skills! Can’t start too early.

Guess what my lunch would be..? Yep, lobster. ‘Captain Boots(?)’ took me on a tour thru his village, which meant from one tourist ‘shop’ to another, selling sarongs, shirts, wood carvings, sea shells, necklaces and so on. Handcrafted and elegant art, but too much in my face and it got annoying. I bought 4 beers, even though it is way to early for beer for me, but I was happy to share. We got to his family community and I got to meet the whole family.

Meanwhile, the lobsters, 3 of them, maybe 15 cm in total, landed on the grill… and later in my belly. I gotta say, I am not a big fan of the lobster taste but they sure were fresh… washed down with a beer… and this is were it got annoying! Captain Boots kept mentioning money for the trip and seemed agitated. I told him to organise all that with Ninah, my trusty guide and friend, who is organising our next tour.
Just a wee while ago, I had a massage, the best in town so she told me yesterday afternoon after arrival. I was quickly swarmed by others; best pirogistes, best massages, best trips inland and so on and on and on…all I wanted was a dip in the ocean, we just arrived from a dusty track, spending most of our in a shaking 4 WD. The massage was good and loosened up my right shoulder,which has been a bit tender for a while…and no, no happy ending. But as soon as I got up, I was swarmed by girls selling sarongs, necklaces etc, again. I literally took of in a hurry , trying to escape. 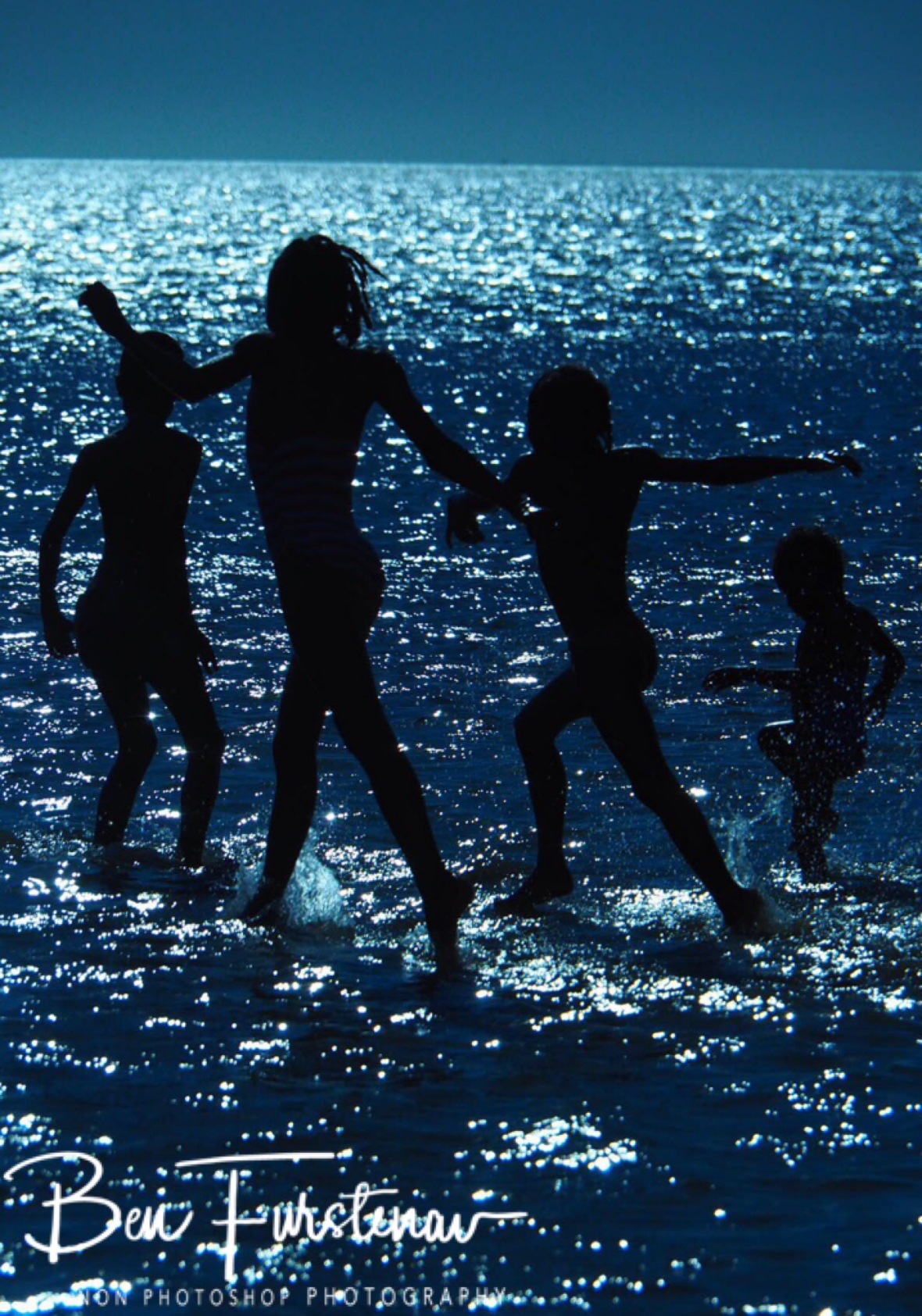 My point is, that everyone here wants a piece of the tourist cake, which is fair enough and clearly understandable, it just pushes my buttons. I don’t even try to explain, that I don’t have much space in my backpack and still a long, long way to go on my adventure. Malagasy poste is known that parcels disappear, which closed that option. This isn’t what I came here for, but it is the way things go, sadly.

The best part of the day was watching the kids splash in shallow waters. I sitting in a local Malagasy cafe, listening to Malagasy rhythms, tsinjaka, traditional old rhythms added with modern beat, fantastic. The whole bar is going of, it sounds like a karaoke bar.
I spent the evening watching the full moon setting over this picturesque beach, peaceful.

Stairway to the moon

We’re heading inland tomorrow for some great hiking and camping in the midland highlands, I can’t wait! First stop is Isalo Nat. Park.
A nice change from our previous days, with lots of water and dust, but this story will be told next time… 🙂 Veloma 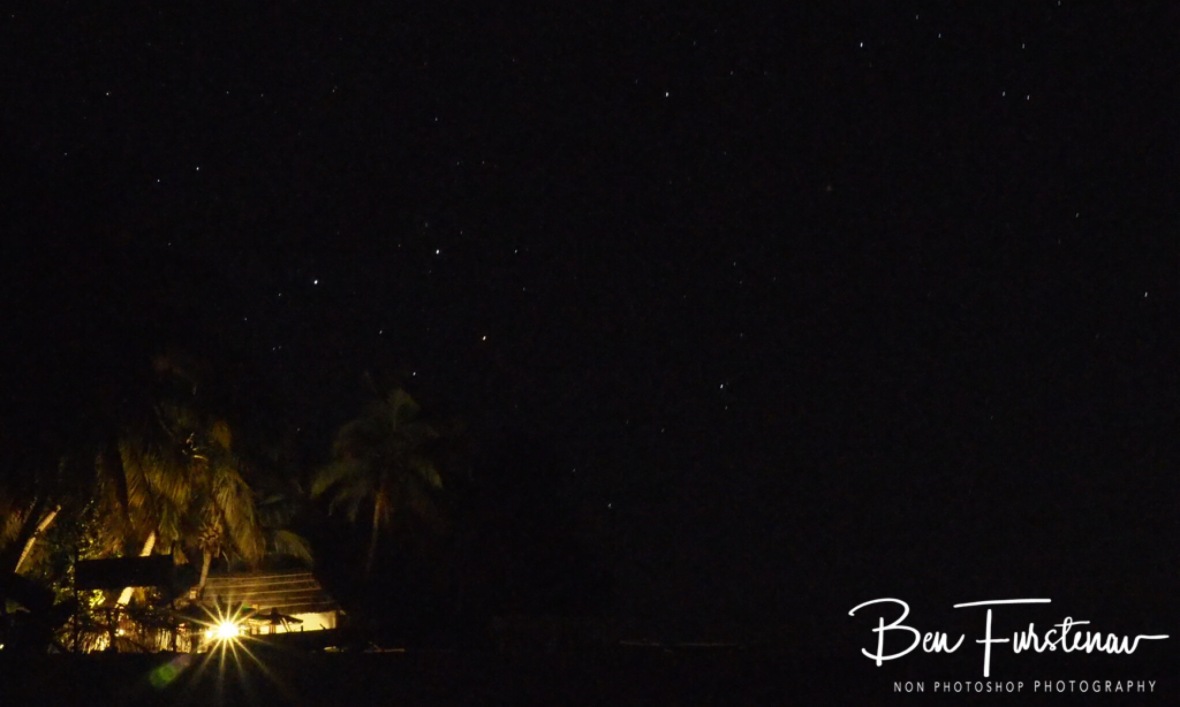