I thought I could sleep in a bit longer, but that didn’t happen.
I had a coffee at my local coffee stall and watched the friendly locals passing by, getting on with their business. The sun was out again for most of the day, a few heavy showers passing through. 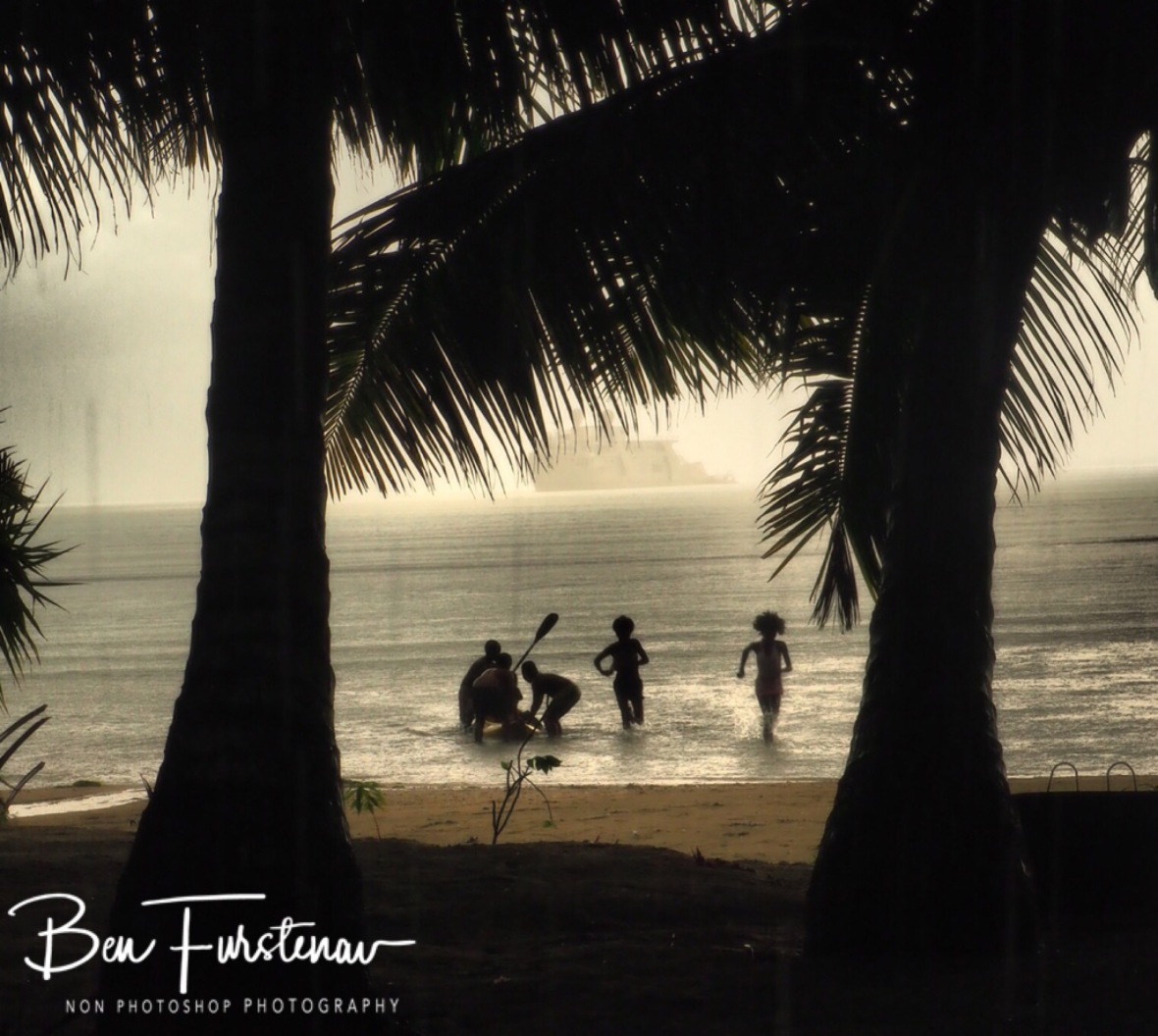 That gave me great opportunity for photos, under shelter of course. What to do today? There was always the option of going whale watching and there’s lots of them here. If you ever get here in whaling season, take the opportunity for a whale watch cruise as they nurse their calves in these waters. The boats had already left though.
I decided to have an easy day and just experience local hospitality and whatever comes our way.
Ninah and Odilon didn’t look too happy and excused themselves for rice breakfast. I didn’t think much of it and just thought there wasn’t any rice served at hotel Freddy. I said, that today I just wanna cruise moora moora style. A bit of internet, definitely some photos when opportunity arises. And they did in many ways. 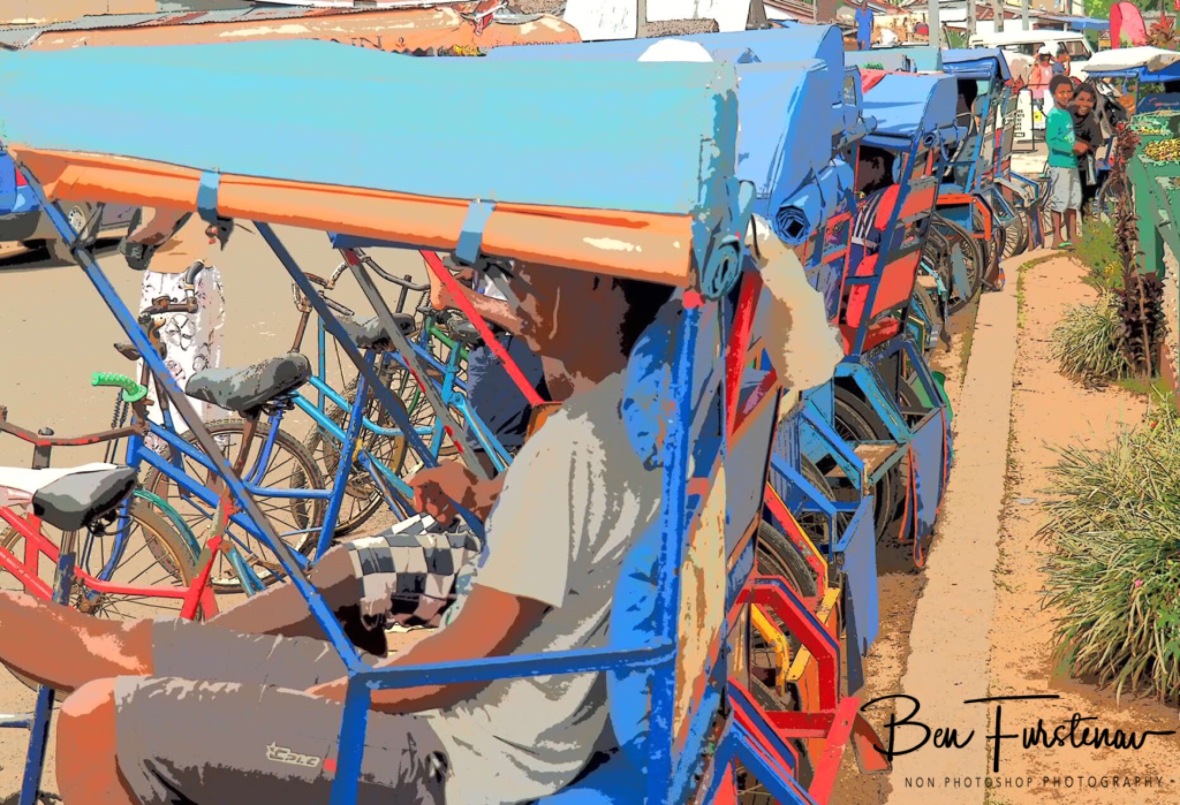 Saint Marie is a tourist hot spot. Not only for overseas tourists, but many Malagasy come here for holidays too. It shows on lots of different accommodations, from simple bungalows to luxurious resorts. Not my cuppa tea, I prefer simple and friendly at any time. With that comes plenty of push push karts.

Posing by the beach

At Melina and Bakoly’s lunch break, I took the opportunity for a photo shoot at the beach, which turned out fab. I can never get enough of those happy faces.

Boys of the hood

Girls of the hood

I had to call them back a few times. But all the same, happy and excited faces when revealing the photos. I spent some time on the net at the local tourist information centre.

Local kids came around to borrow kayaks and other stuff, not in use by wassa. Rivo, a nice young Malagasy man working there, gave them out without hesitation. Good to see, sharing is caring. And it gave me some great opportunities for unexpected shots, particular during a pouring shower and kids running for cover. Very tricky conditions for photography, light and speed need to be adjusted. I am quite happy with the outcome, even though a little rushed.

I returned to the hotel, where I had dinner a bit later… Ninah and Odilon weren’t eating here, instead going over the hotel bill with very long faces, before excusing themselves for their usual rice dinner. Something stinks around here and I can’t say I am overly impressed. As it was quite early, I had a beer outside, joint by Freddy. He offered a glass of scotch, and I knew, he’s creeping up my butthole. His arrogant grin almost made me spew just as much as the crap he was talking. Half French, half Malagasy, he didn’t have anything good to say about his fellow countrymen. I didn’t want to get in to it too much, and excused myself for bed. After all, I was a bit tired and had an early start.