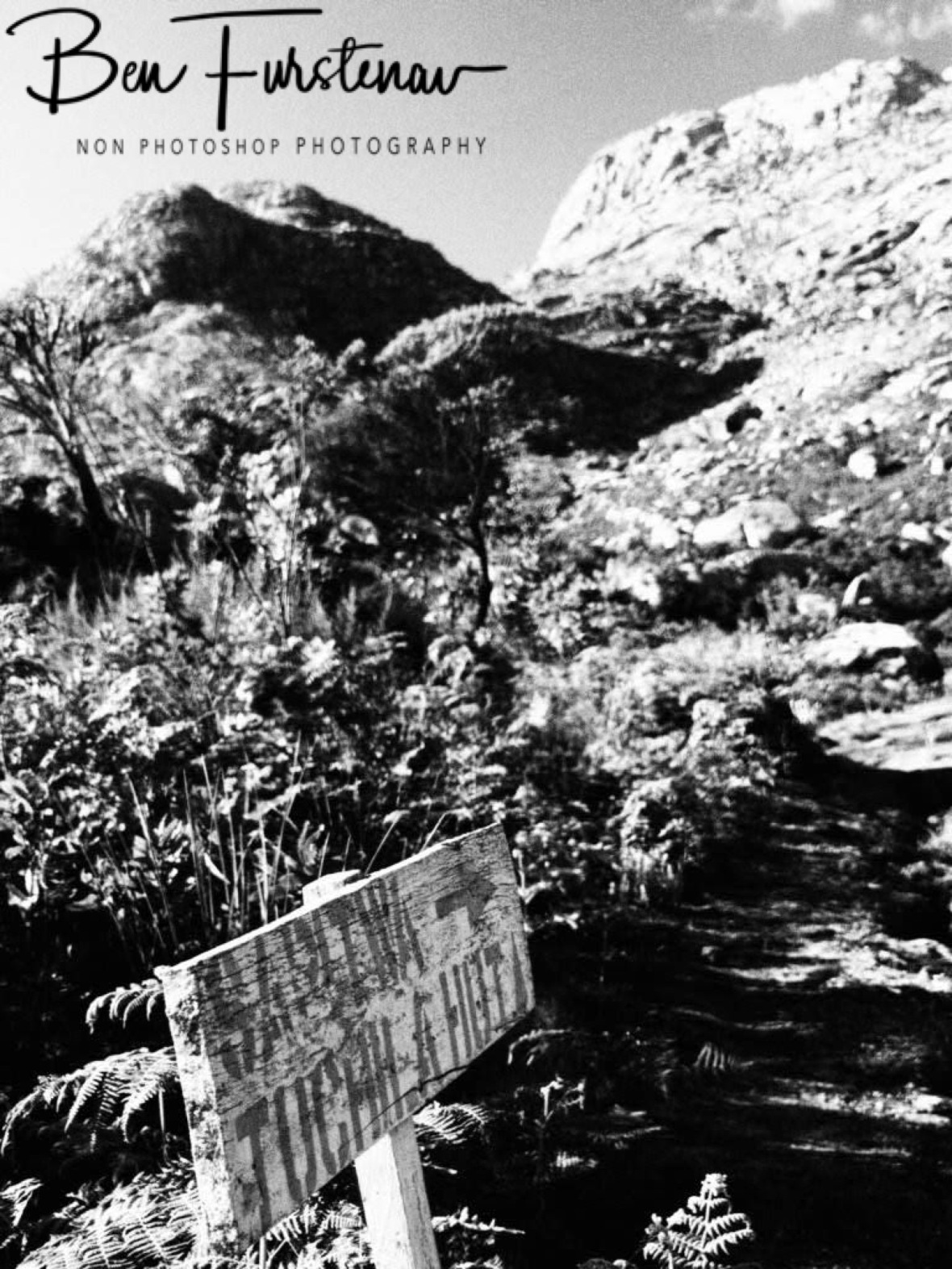 The Scottish were gonna leave very early, around 6 am today. That didn’t happen due to cloud cover over the peaks. 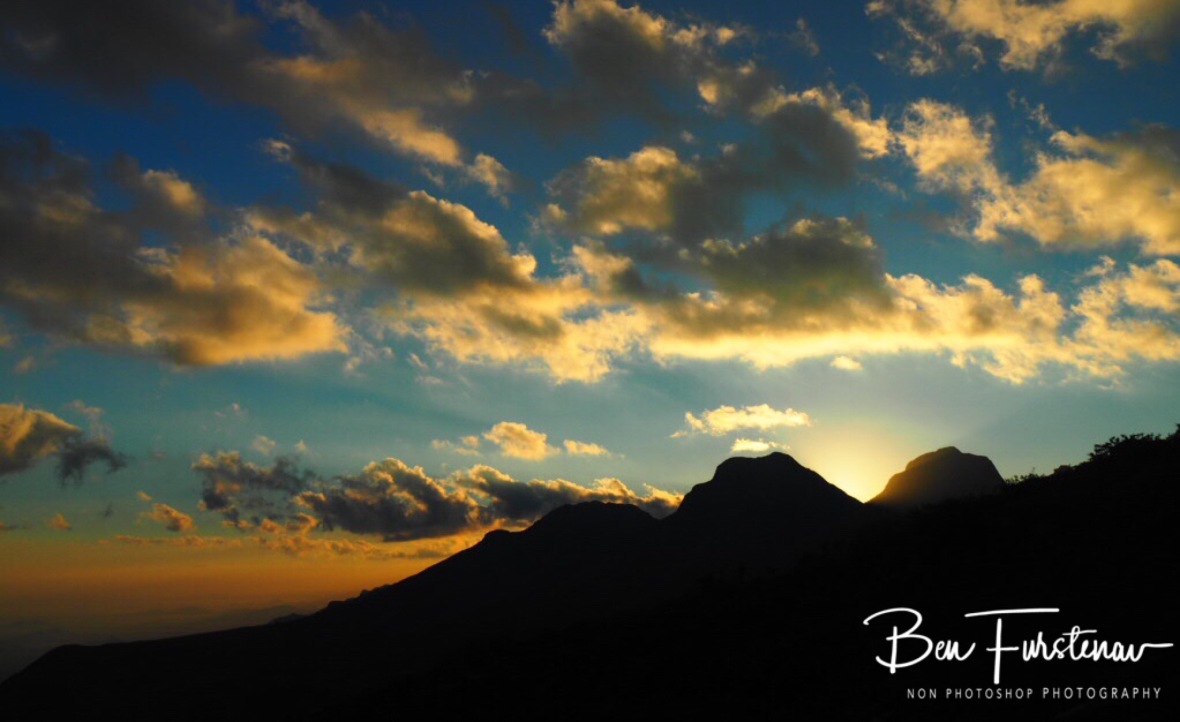 However, it looked promising a short while after sunrise. The sun came up behind the mountains, not quite as dramatic as yesterday. 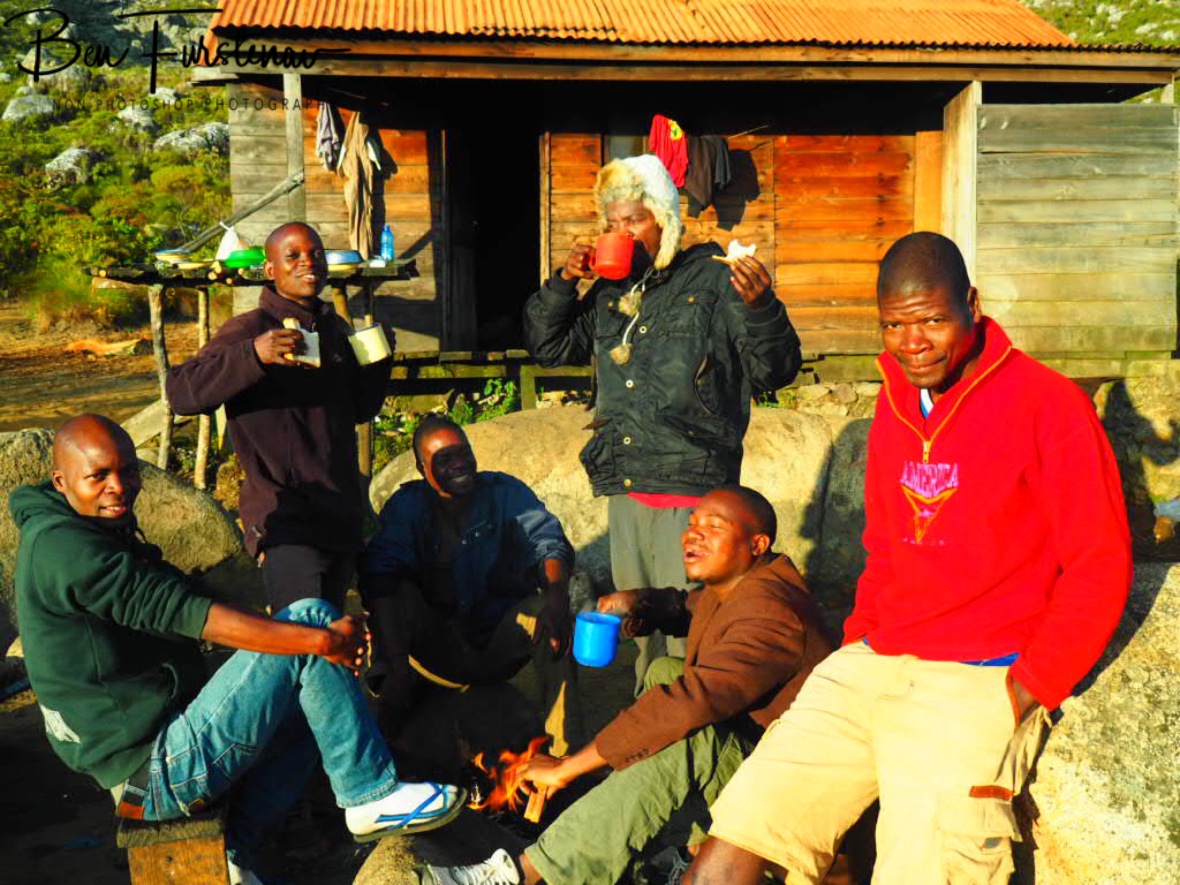 The guides and porters enjoyed an entertaining breakfast in the sun. A very happy bunch, one could hear them laughing and talking for a while yesterday. Even Nenani was smiling. 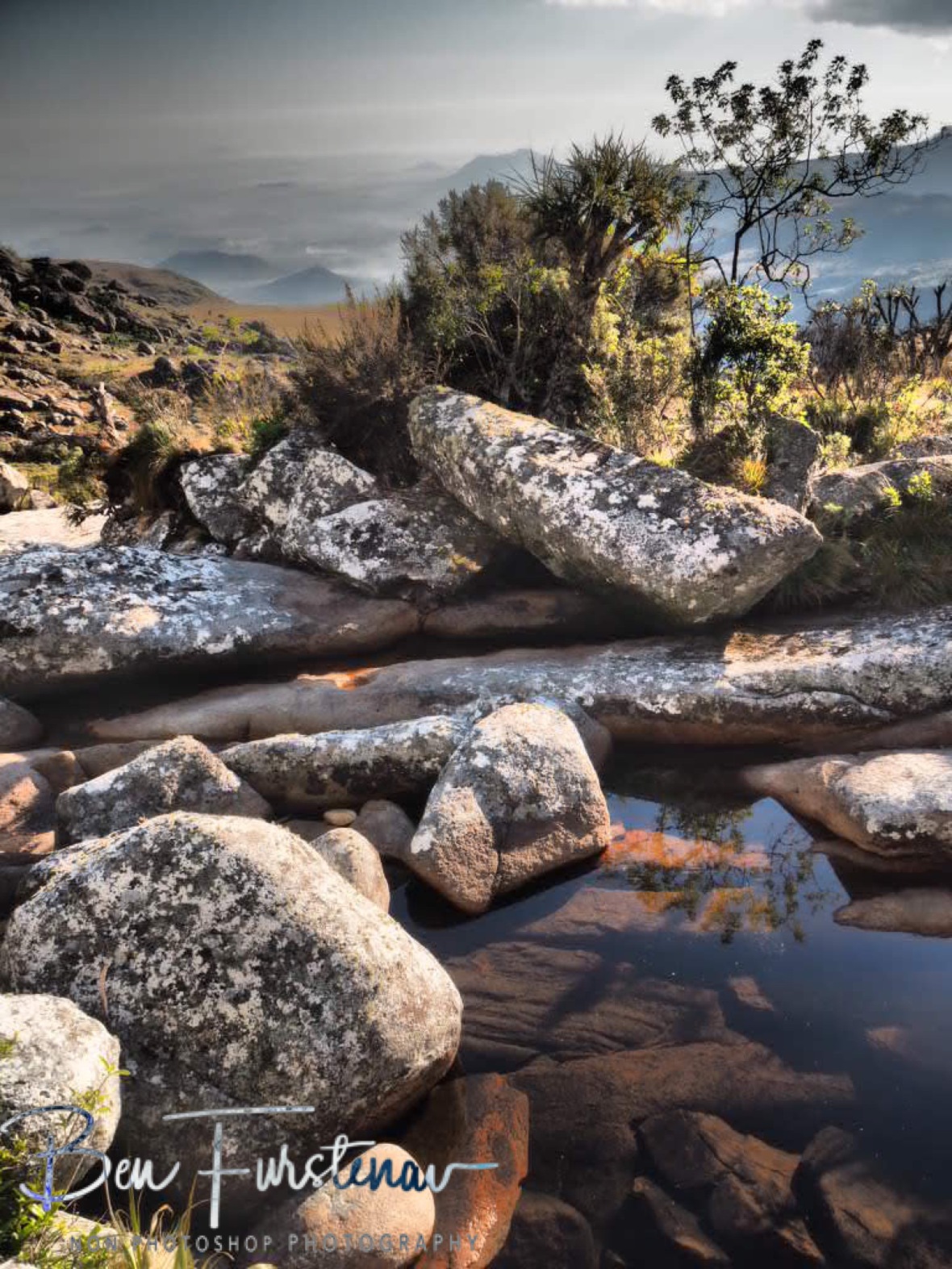 I walked down the creek for some early morning shots of water, mountain sun, and valley. 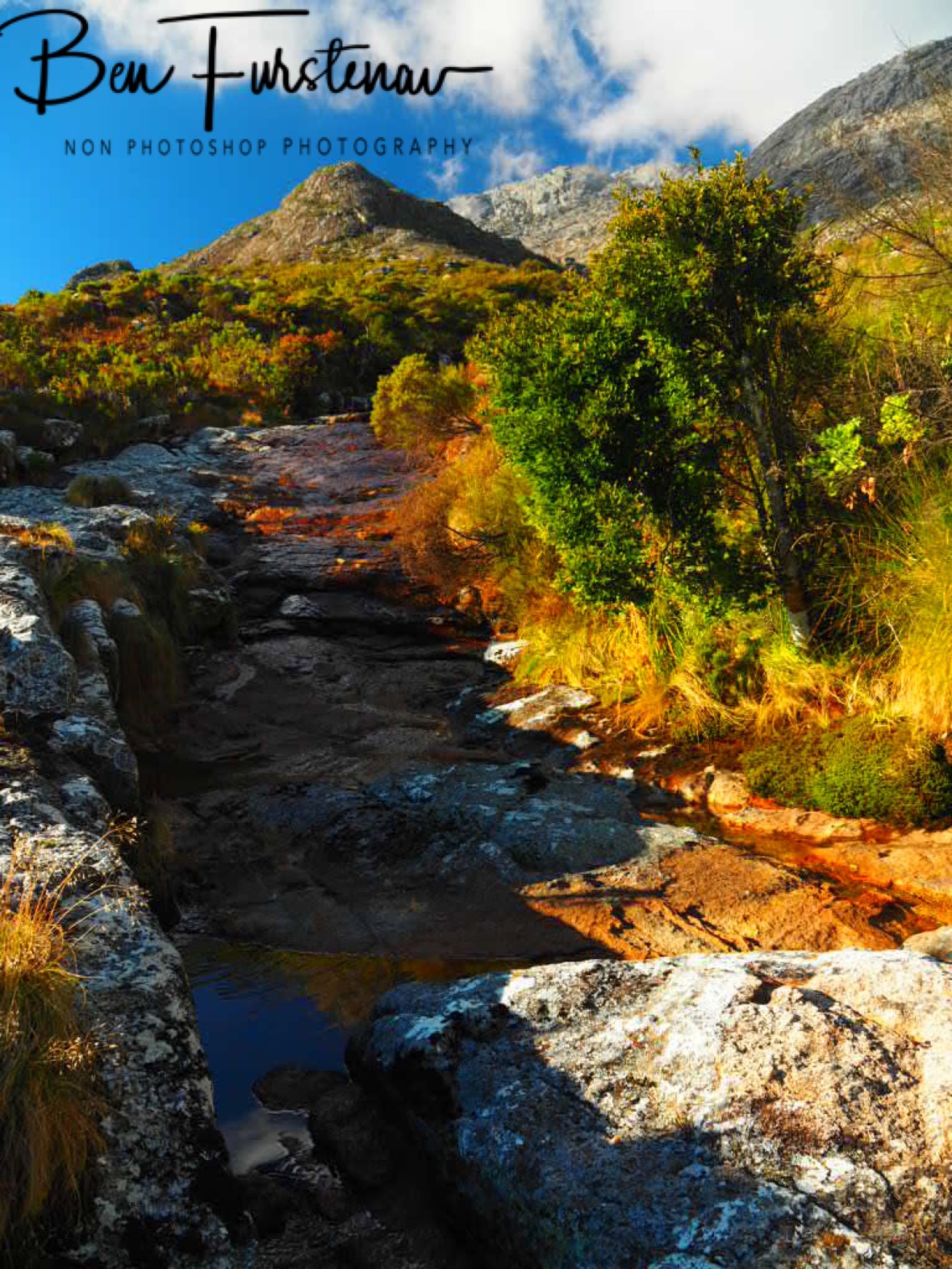 Creek and Mulanje Mountains above, Malawi

It cleared up nicely, blue skies and sunshine. 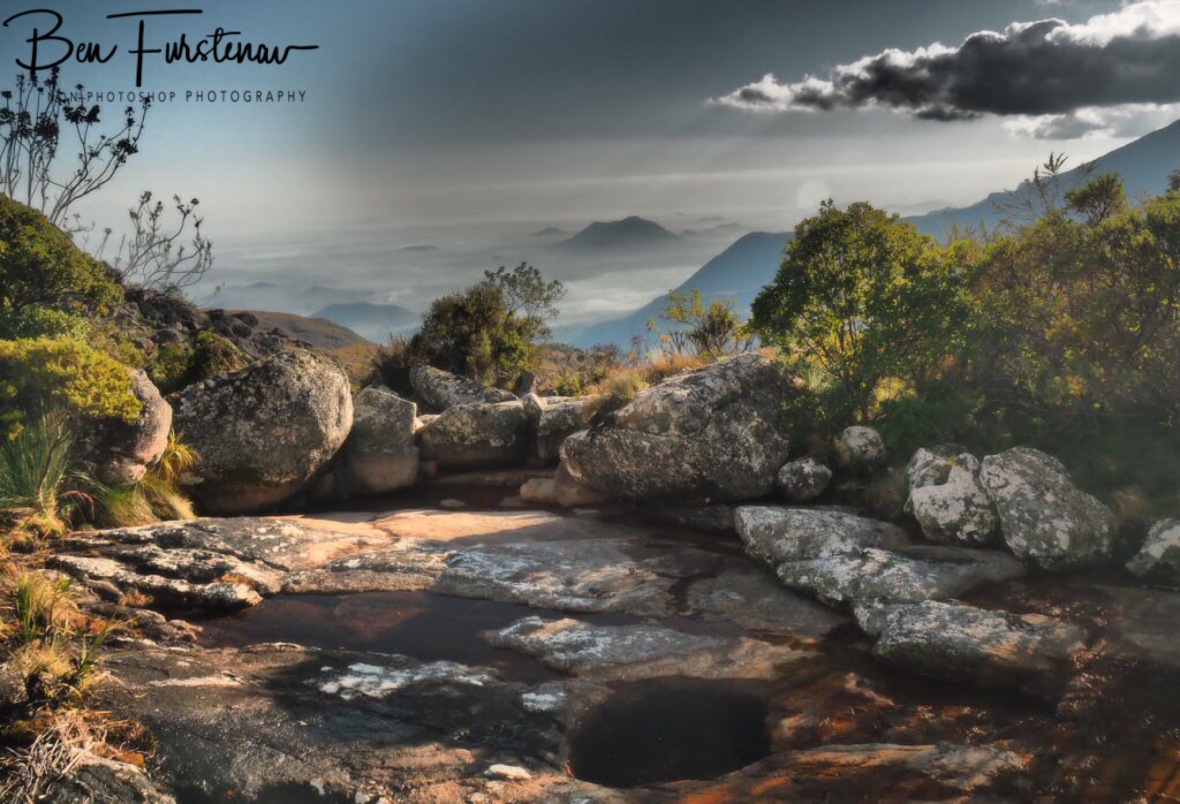 The Scotts were on their way. I was a bit jealous about a clear day on the peak, but looking back, Nature couldn’t have displayed more spectacular than yesterday. 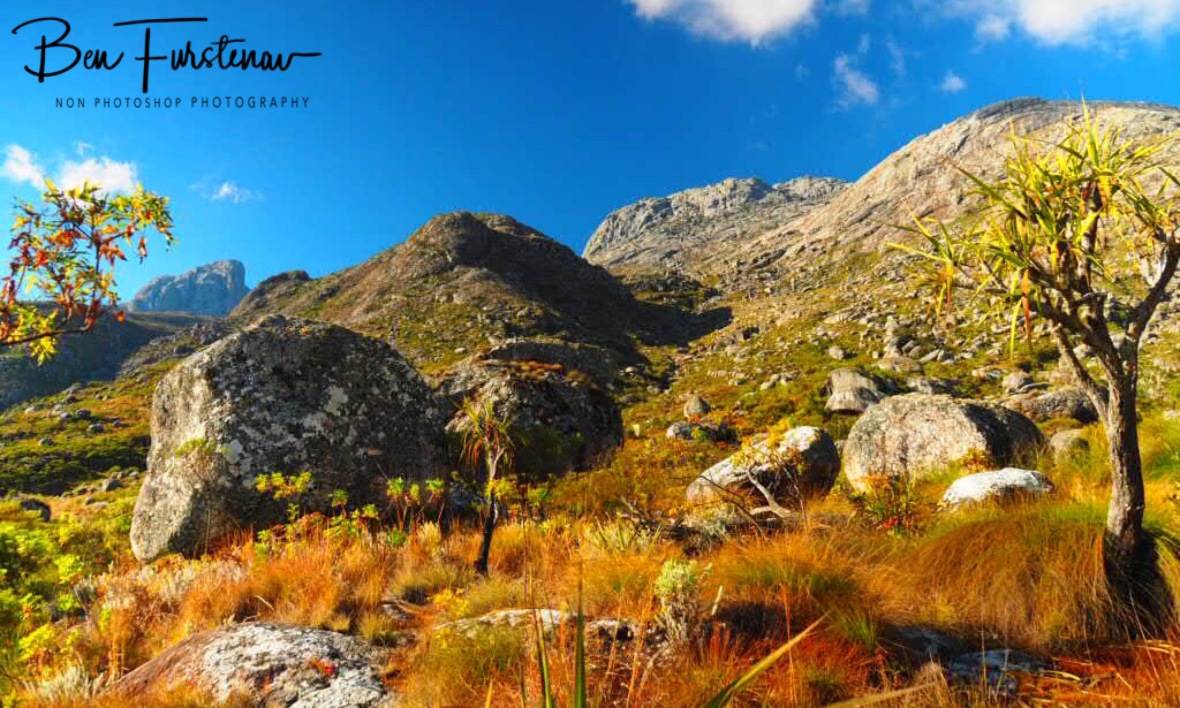 With sunny days, I made most of the opportunity on our way to ‘Chambe Hut’. 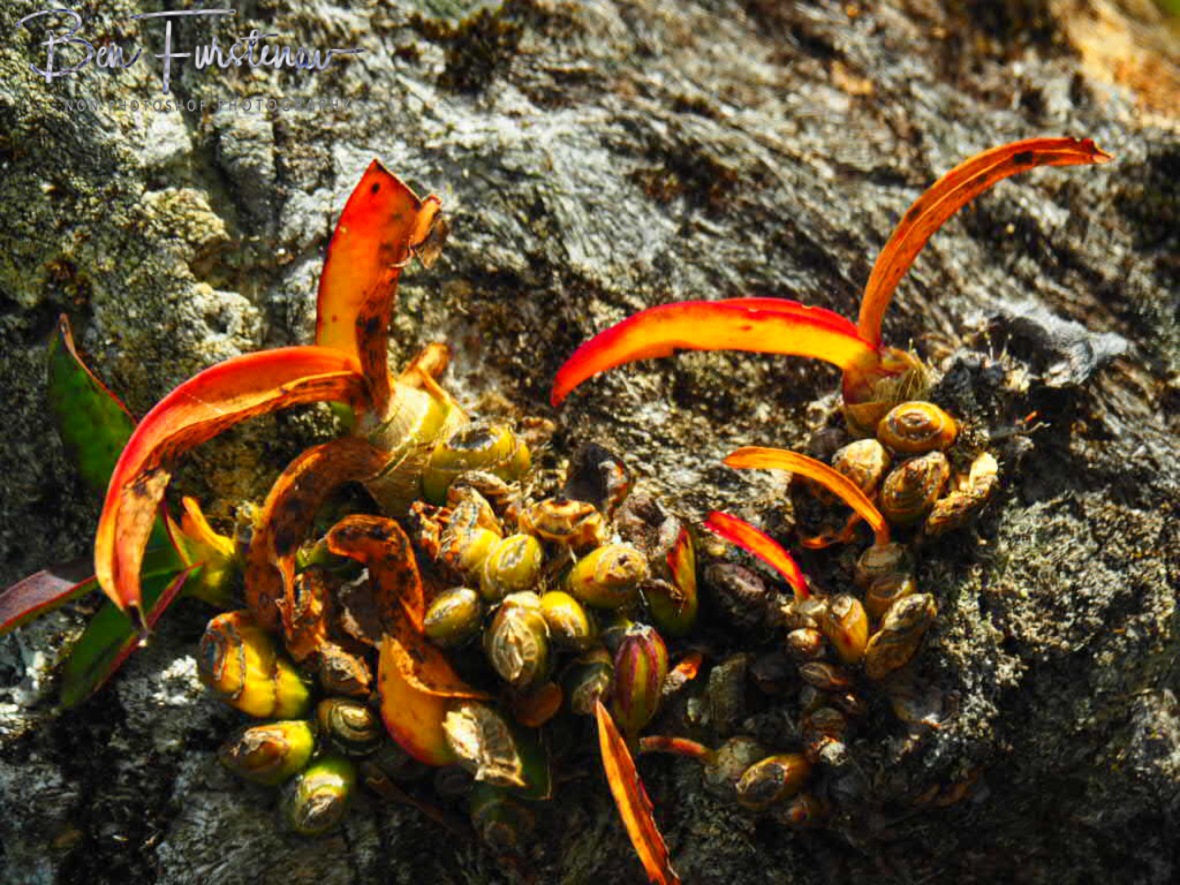 A comparable easy hike, halfway back the way we came a few days back. 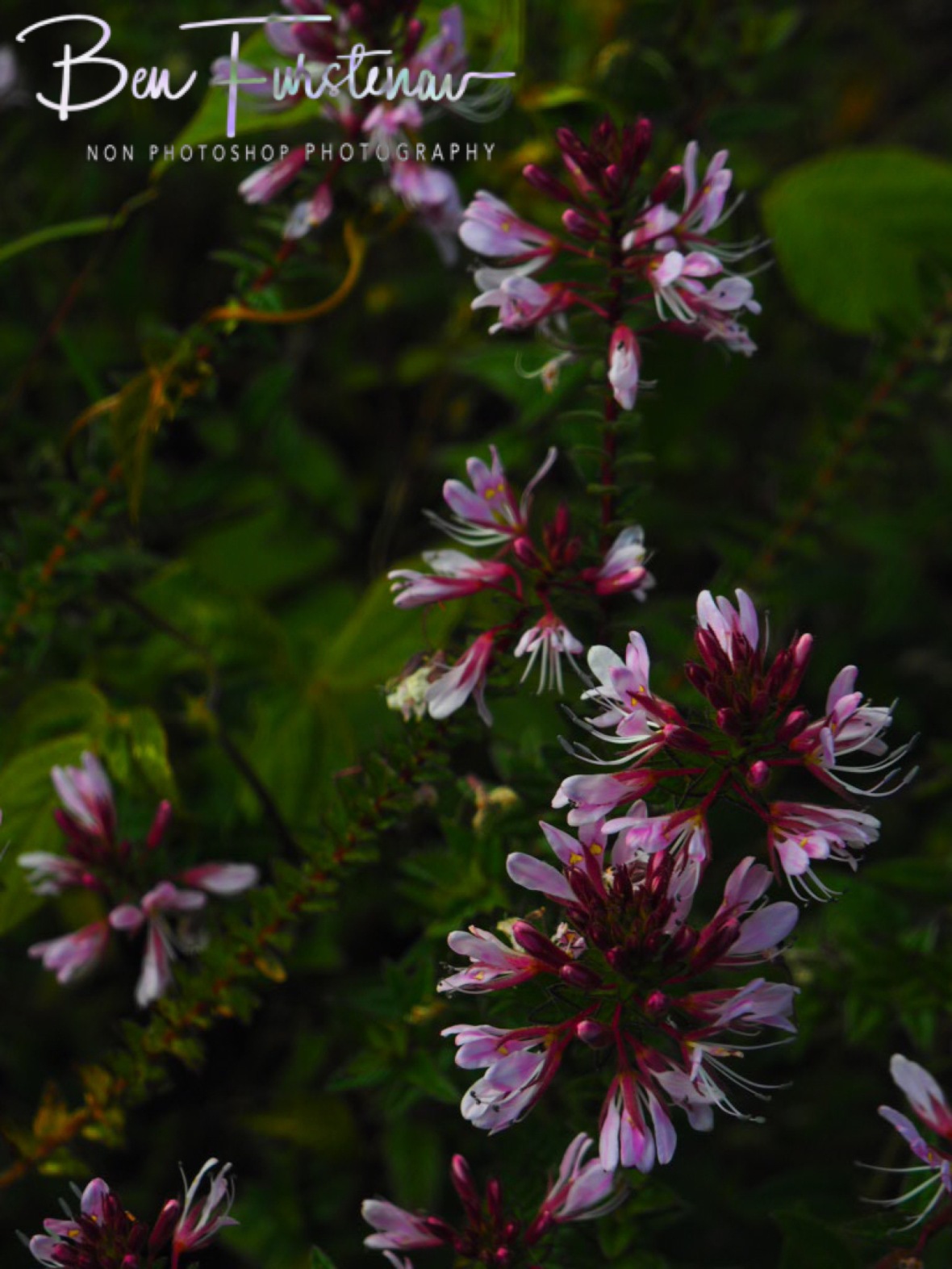 The sunlight giving depth in colour of plants and flowers. 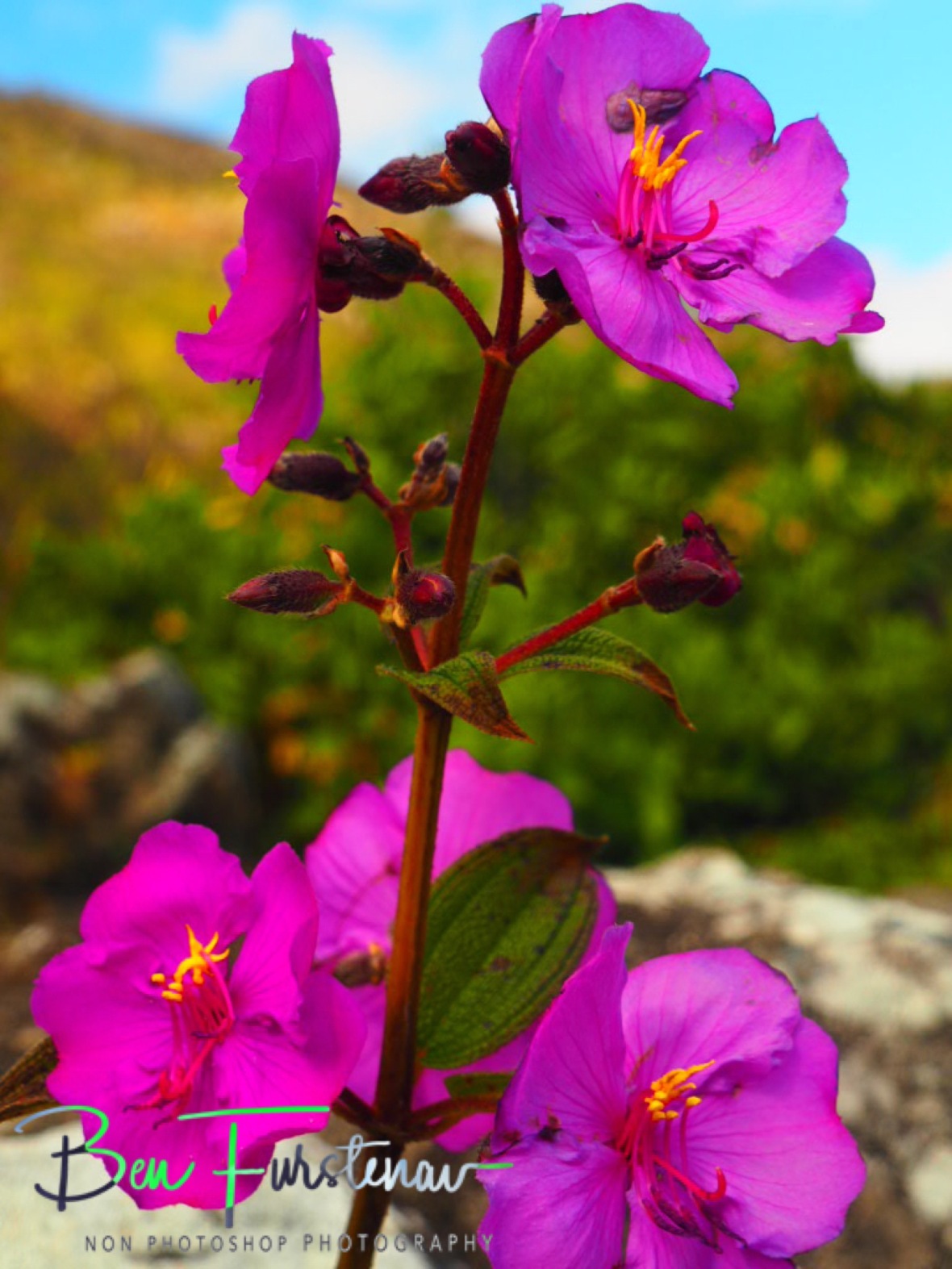 The purple sunflower, in particular, seems to thrive and display colourful around here. 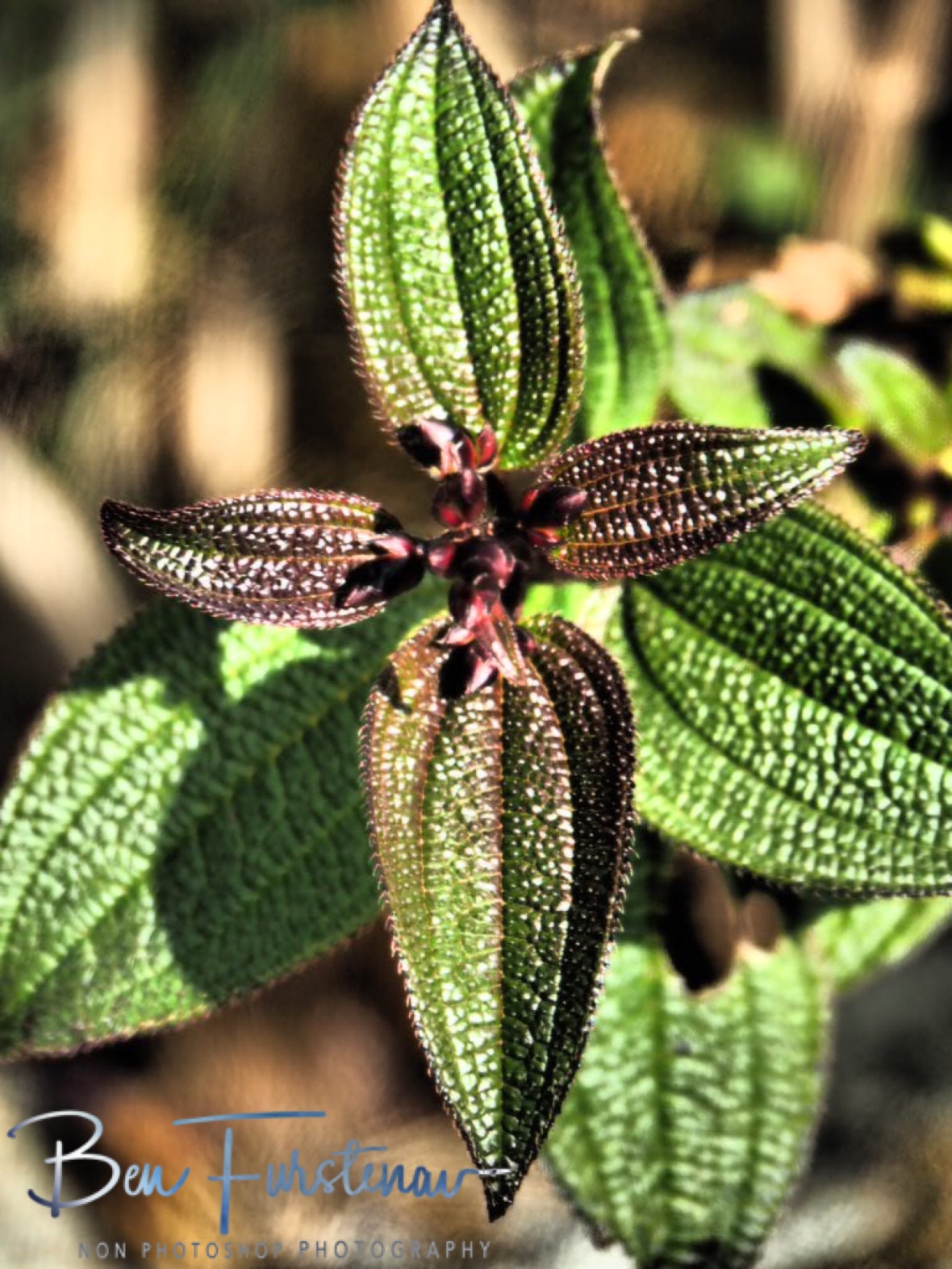 Other plants thriving here as well, giving away distinctive patterns in sunlight. 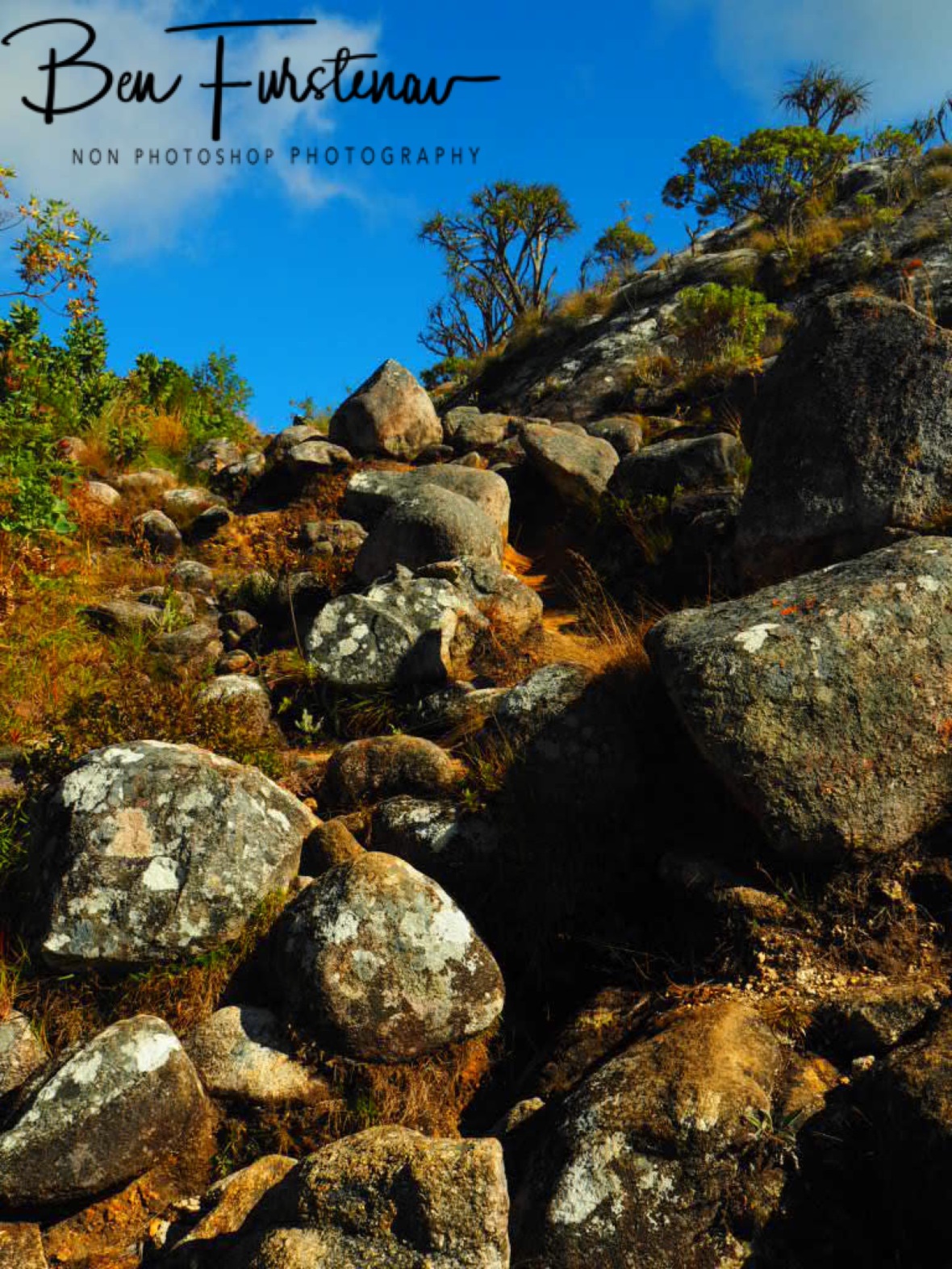 Paths looked more dramatic towards the mountains, boulders up and down the track. 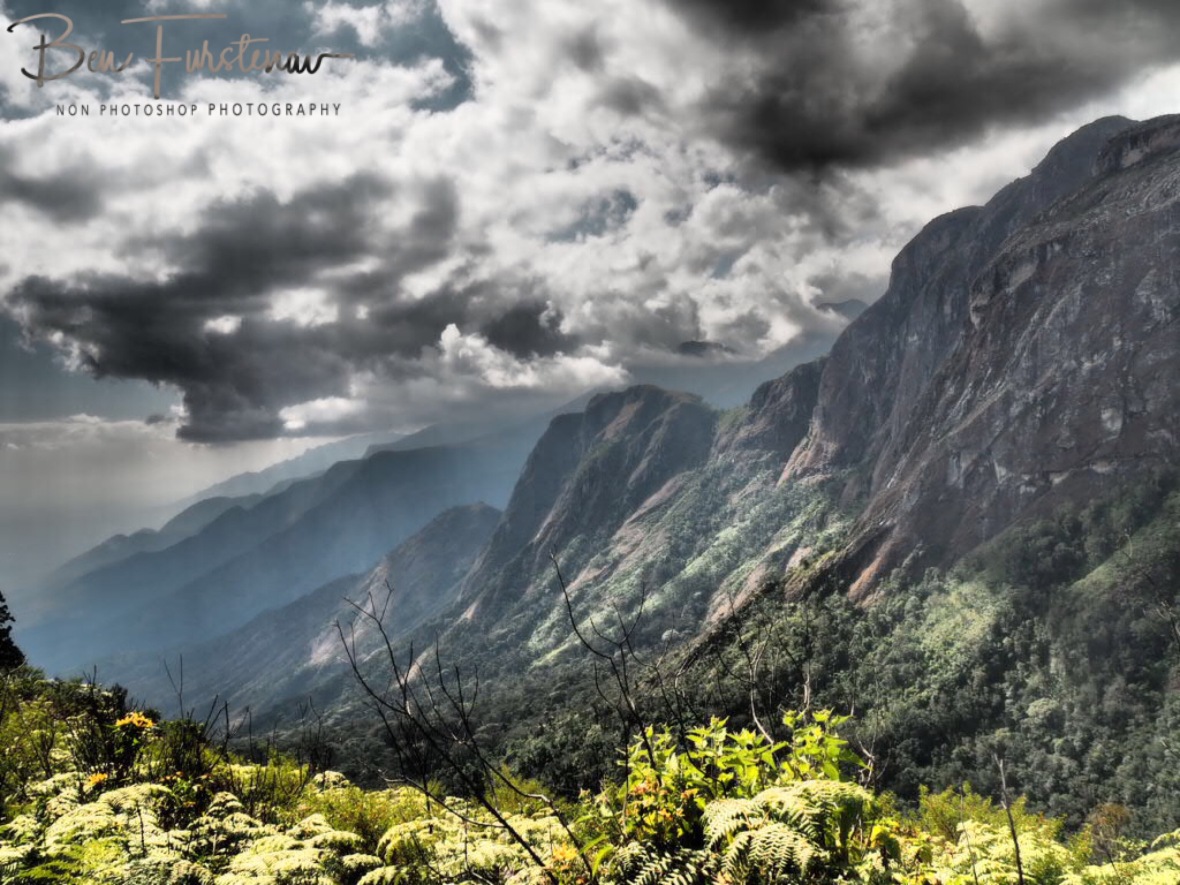 Clouds sweeping in from the east, Mulanje Mountains, Malawi

The diverse ecosystem changed from time to time. A few pockets had lush, subtropical areas. 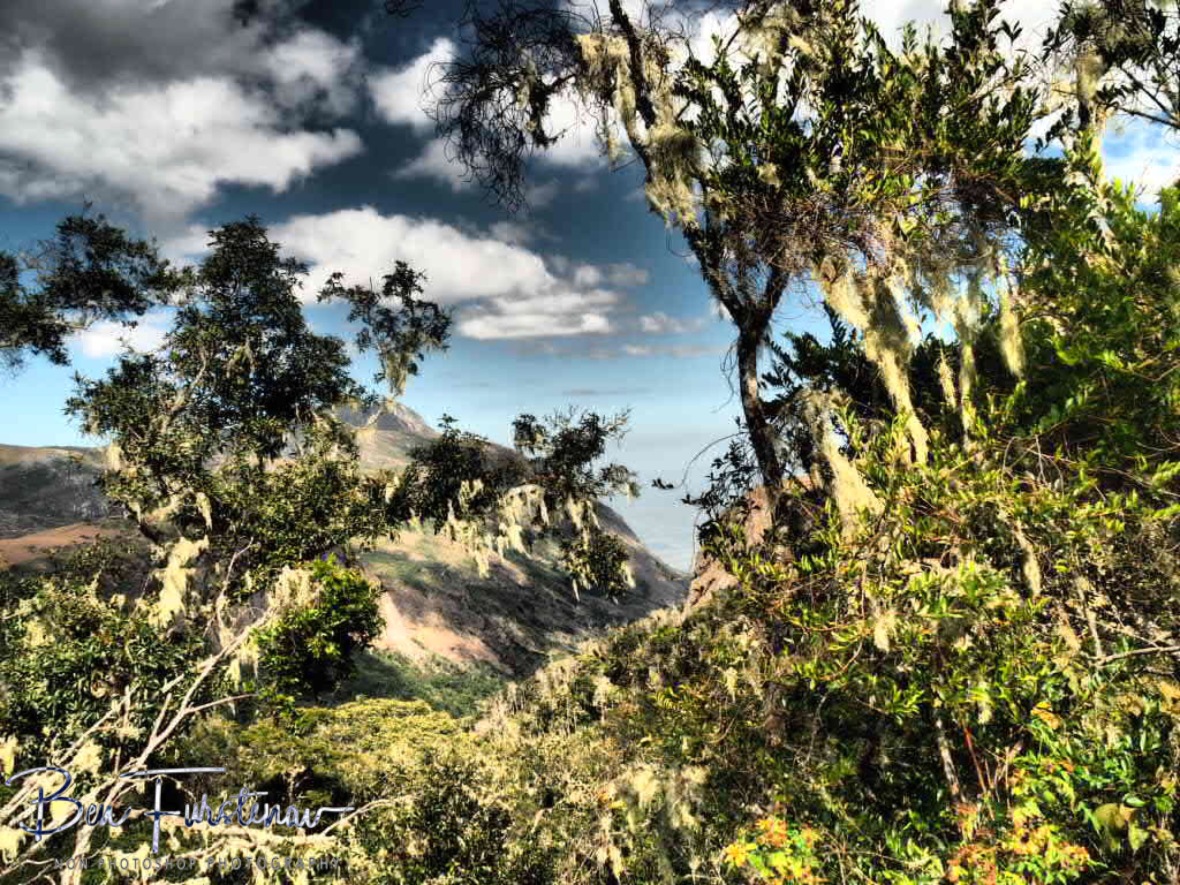 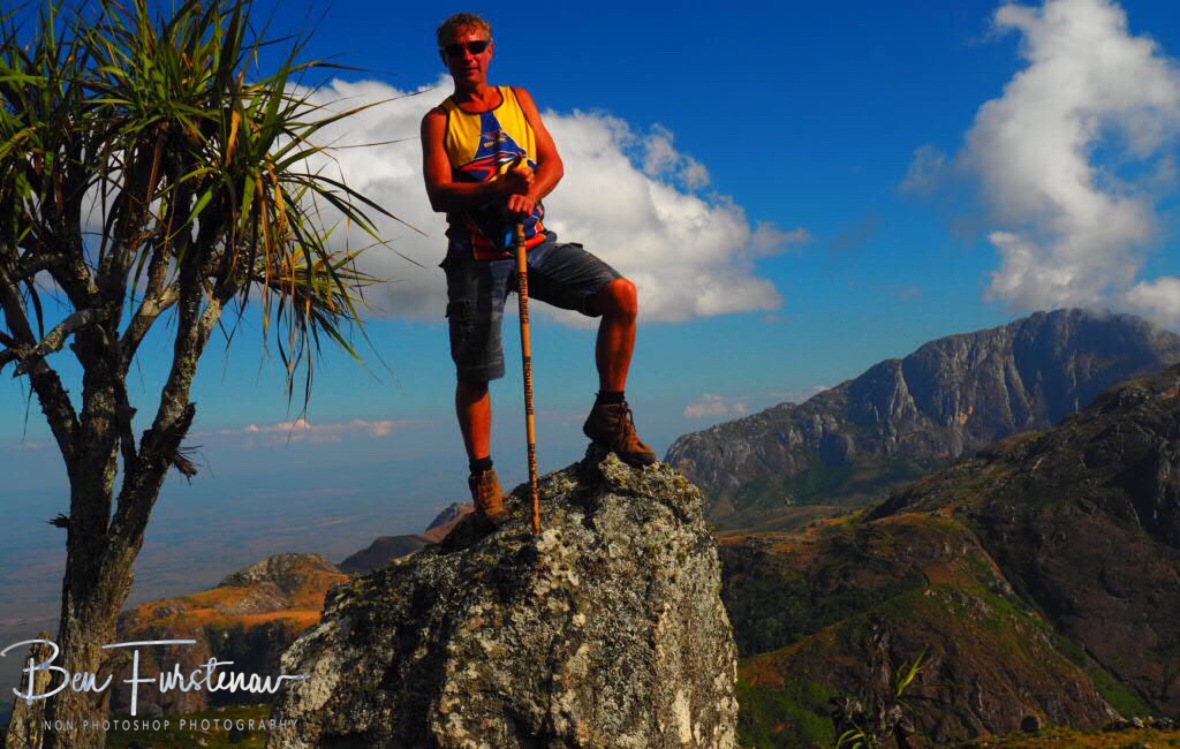 Nenani took a few photos of me on a large boulder, holding my stick. We had a pretty cruisy day, I think he got a bit bored at times? Still not smiling much, he just seems to be worlds away. 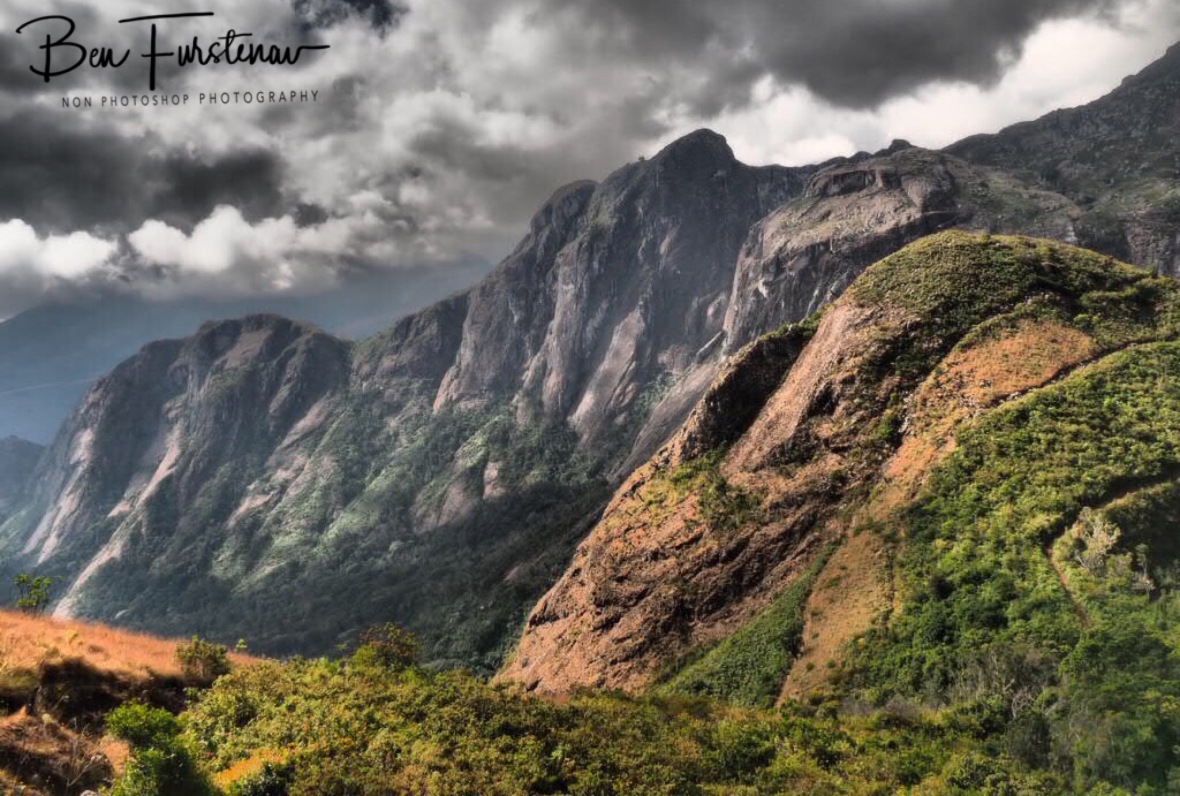 By now, clouds moved in from the east, engulfing higher peaks. Looking quite dramatic along some peaks near and far, the clouds moved in fair speed. Guess the Scotts weren’t too lucky with their view after all.

‘Chambe Hut’ was visible from a long way out. What looked like a mountain resort from far, was the sleeping accommodation for the nursery group, planting and growing pine trees. 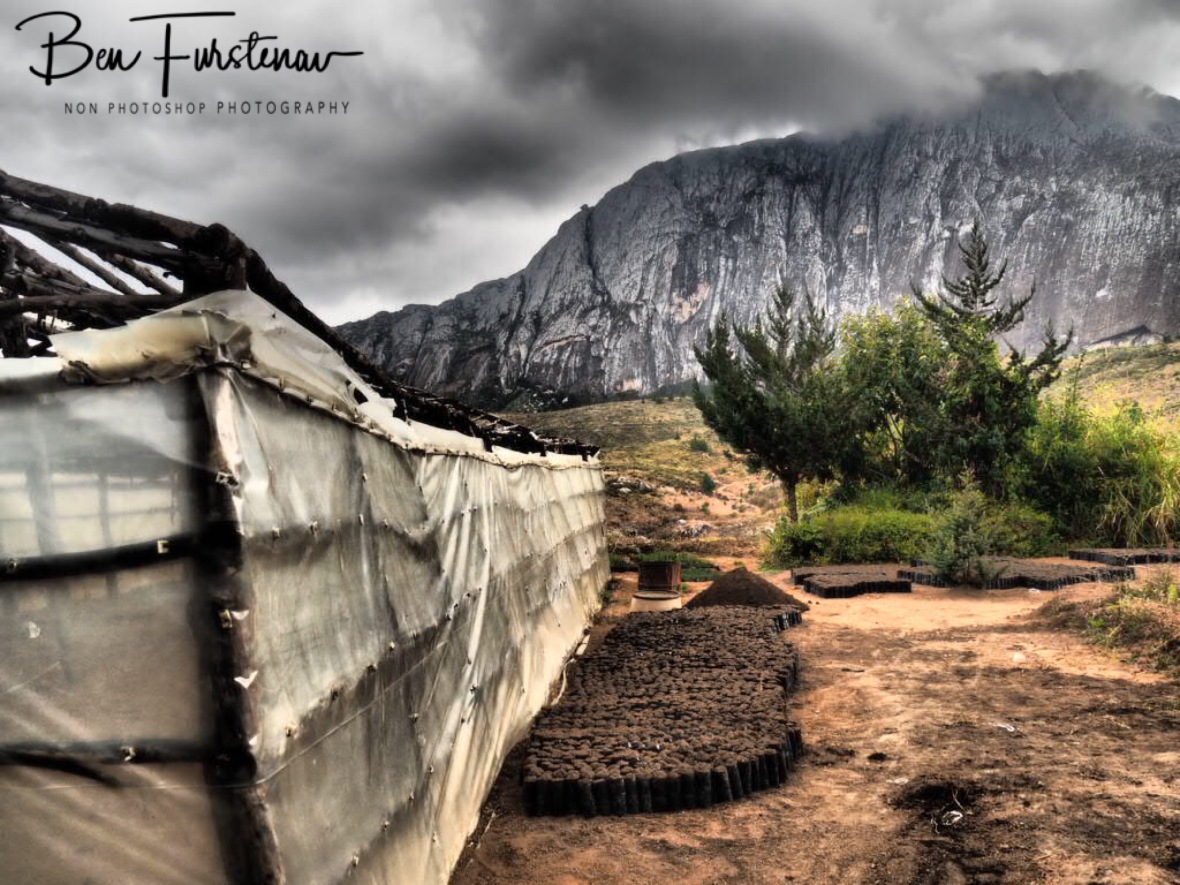 They come up for 2 weeks, before alternate with the next group. Good to see Eco agriculture around Mulanje Mountains.

Some colourful flowers grew near the creek, some I had seen on Madagascar before. I chilled in the on and of afternoon sun for a while, just enjoyed peace and tranquility. Bliss. 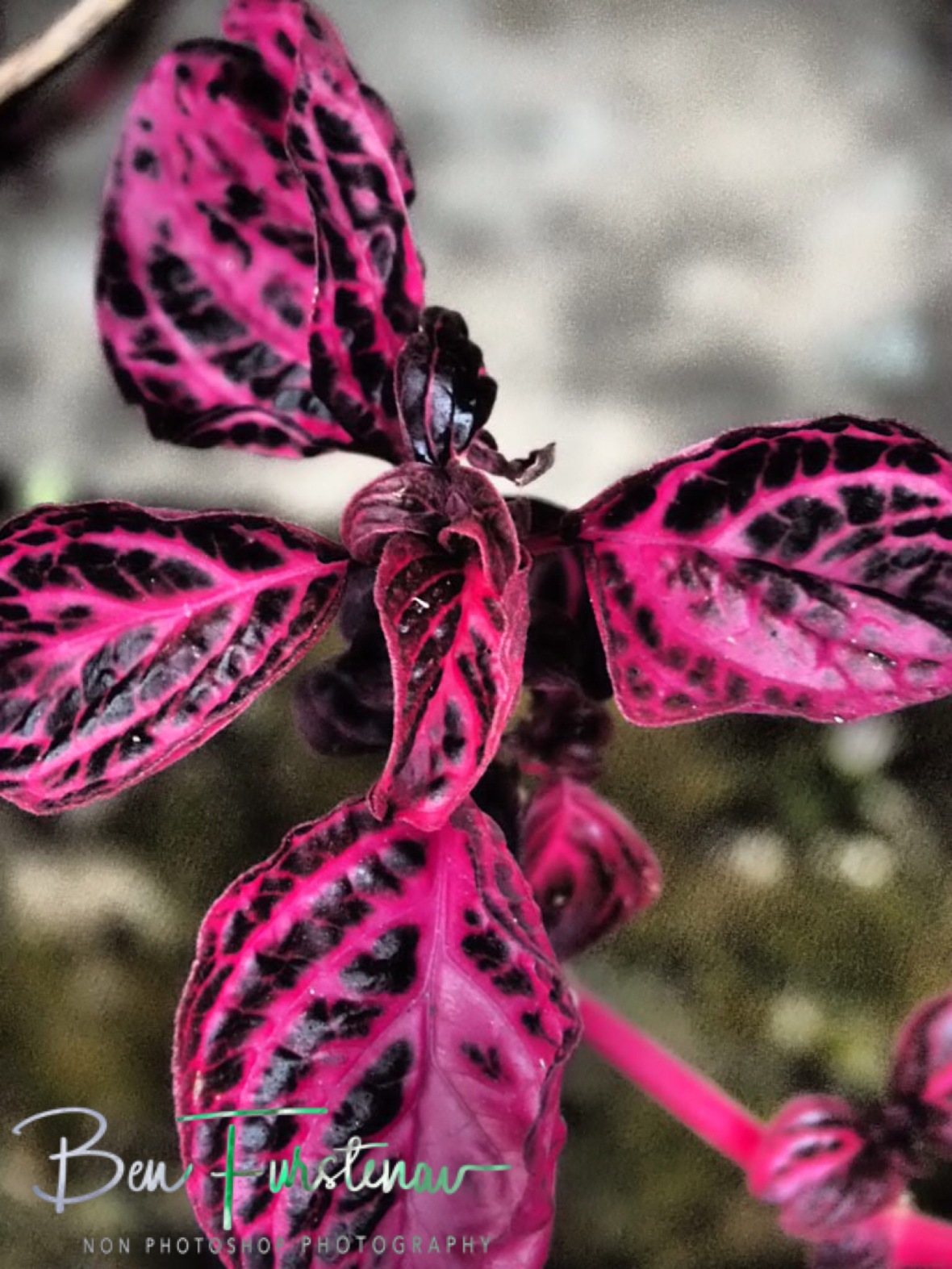 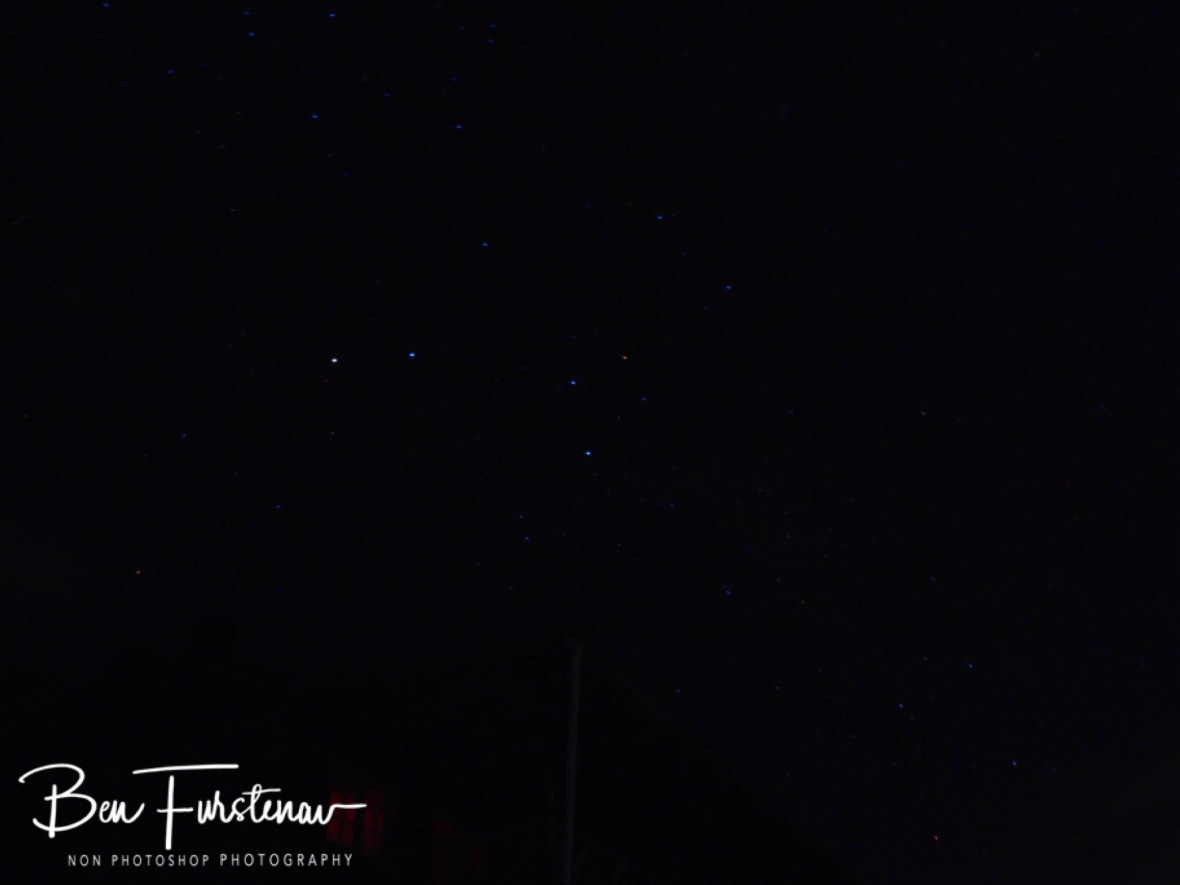 I took a few starry photos later. With lower elevation, the sky didn’t blink as bright. 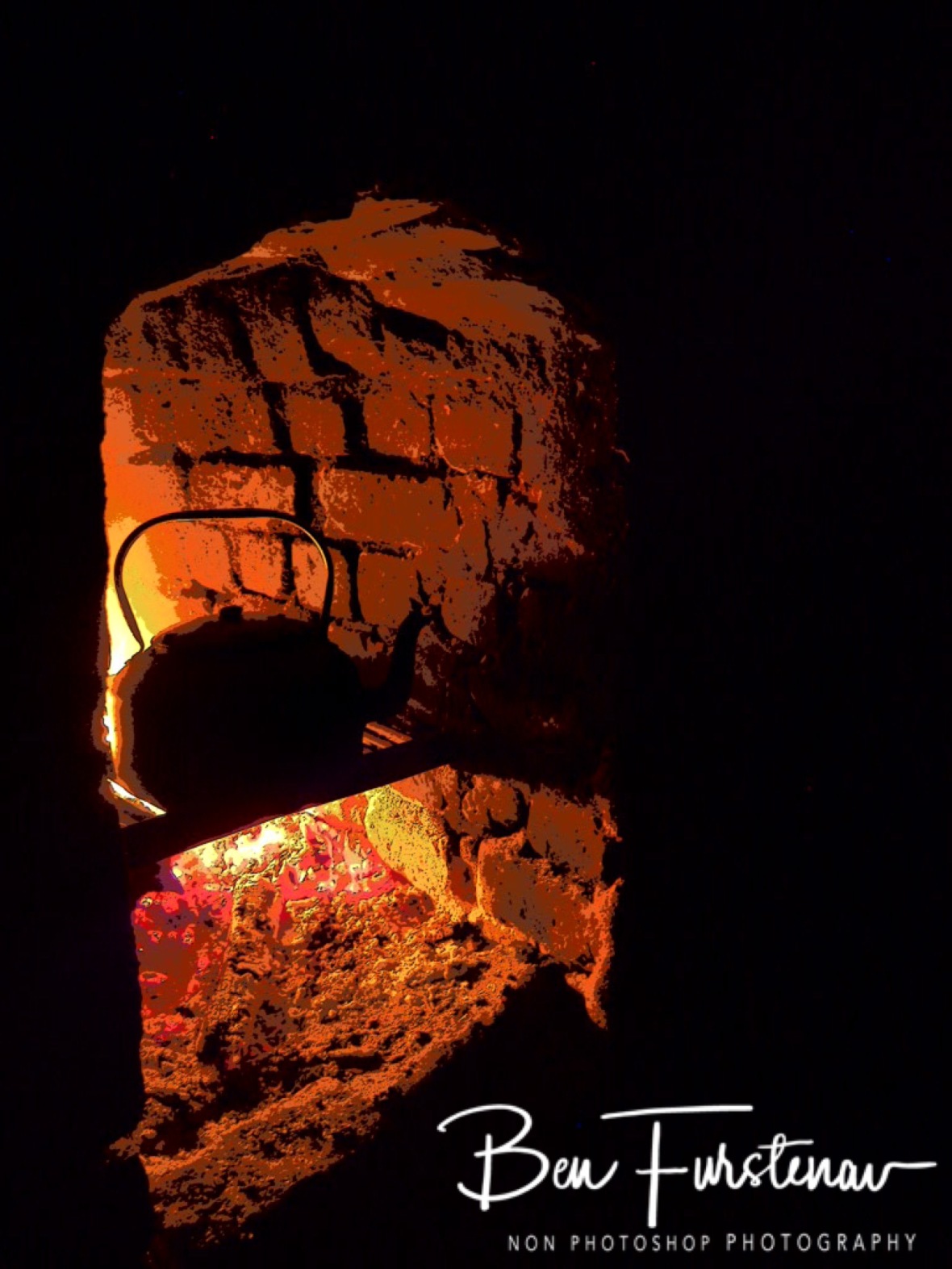 A nice hot cuppa ‘native’ Peppermint tea warmed me up nicely. I sat around and watched bush tv for a while longer.