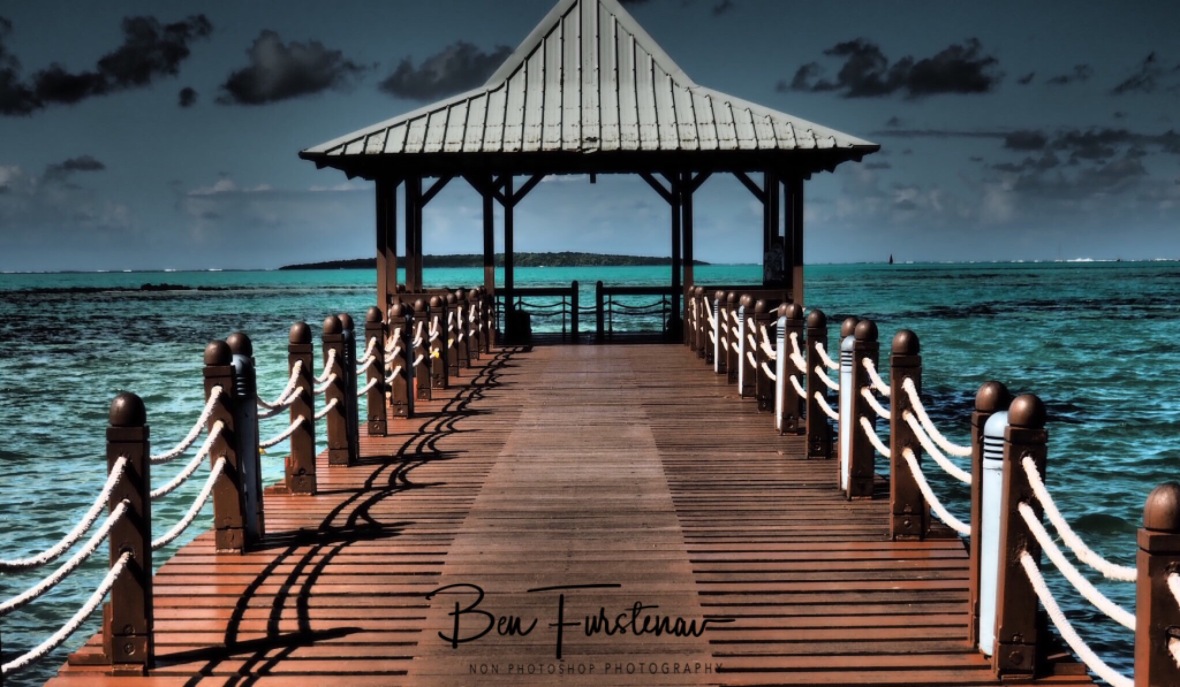 A picnic pavilion out on the water, Mahebourg

Mauritius was my first stop on my African adventure. A tropical and idyllic island, filled with culture, food and scenic views, a great way to ease in to backpack traveling again.
Arriving at the international airport, I had issues with Mauritian immigration immediately. I had booked my tickets following through Madagascar and to continue to Durban in South Africa. I didn’t book a return flight from the African continent. I left it open as I didn’t know from where or when I would return to Australia, or possibly stop over somewhere else.

This is something Mauritian immigration could not understand. They were afraid that I would not be allowed in to South Africa and be returned the way I came, to Mauritius. I couldn’t quite follow that train of thought, but patiently handed out my documents of proof, being an Australian permanent resident with a German passport. Eventually, they stamped my visa.  Their faces? Priceless.

So much for a relaxed start on a chilled island state. Thankfully,this was the only hassle I with authorities here. In a lot of ways, it seemed that the colonial past is still around.

Looking over the bay to ‘Lion Mountain’ at Mahebourg

I jumped in a taxi to get to nearby Mahebourg, nestled in the south eastern corner of the island. It became very obvious straight away, that this town is not on the highlight list of the rich and famous. Even better for me, a good opportunity to meet the real culture. I booked a room at ‘Bamboo backpackers ‘, a family run hotel, friendly and clean. I asked to borrow the bike for a wee ride around the area. That’s what it said on the hotels web page, so might as well use it. Judging by the surprising faces, not many guests did.

I cycled down to the waterfront with an amazing view over the mountains behind the bay. The more obvious peak was called ‘Lion Mountain’.  Some large and impressive fig trees lined the foreshore as well.

I cycled on towards Blue Bay,which was lined with tourist resorts. All sorts of water sports via boat were on offer, customized for the rich and usual tourists. Not my cuppa tea.

I had dinner at the hotel. The house lady cooked authentic food for a reasonable prize. I was surprised on the large Asian influence here, mainly Indian. It reflects on food and culture. Early risers don’t need an alarm clock here. Plenty of dogs and roosters give you an unwanted early wake up call. If that doesn’t wake you up, the nearby mosque or beeping cars sure will.

I met Veronique later for coffee. We have been in touch via ‘couchsurfing’ for a few months now. We got along very well and decided on a wee road trip towards Soulliac on the southern edge on the island.

Flowering cane at sunset, near Mahebourg.

Flowering cane fields lined most roads, flanked with some impressive fig trees. Two trees joined together over a busy street, forming a natural tunnel. That is a seriously big fig tree.

The swell on the southern shore was rather large. The large reef around this part of the island tames the waves, but a strong current is still in place. Lots of parks for picnics are a hot spot for locals. 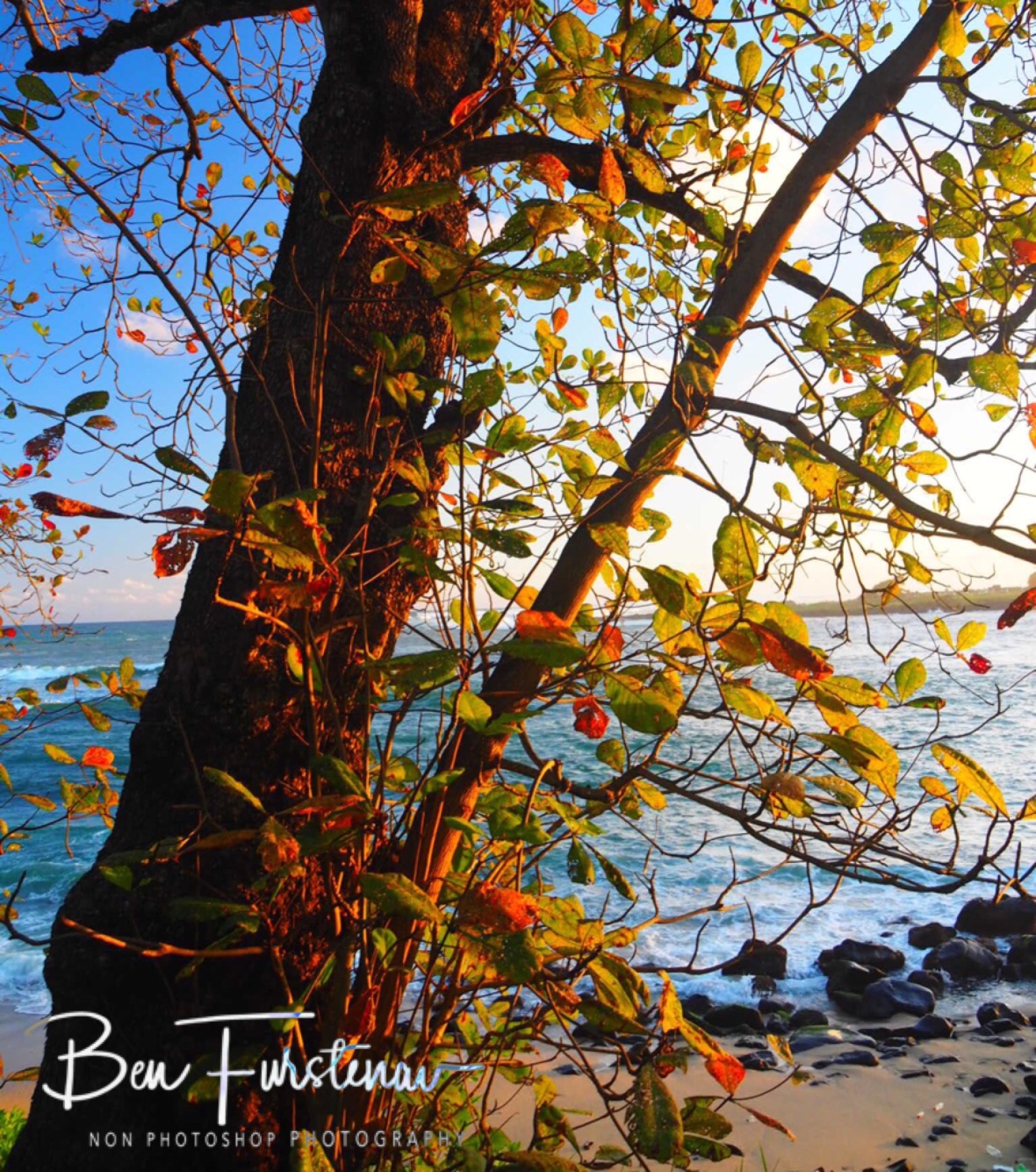 From an environmental point of view, I was surprised on the amount of rubbish. In all waterways, along the streets, or just burning of plastic and other rubbish, this tropical island is build on an environmental disaster. The resorts and tourist hot spots are kept tidy and clean, off course. 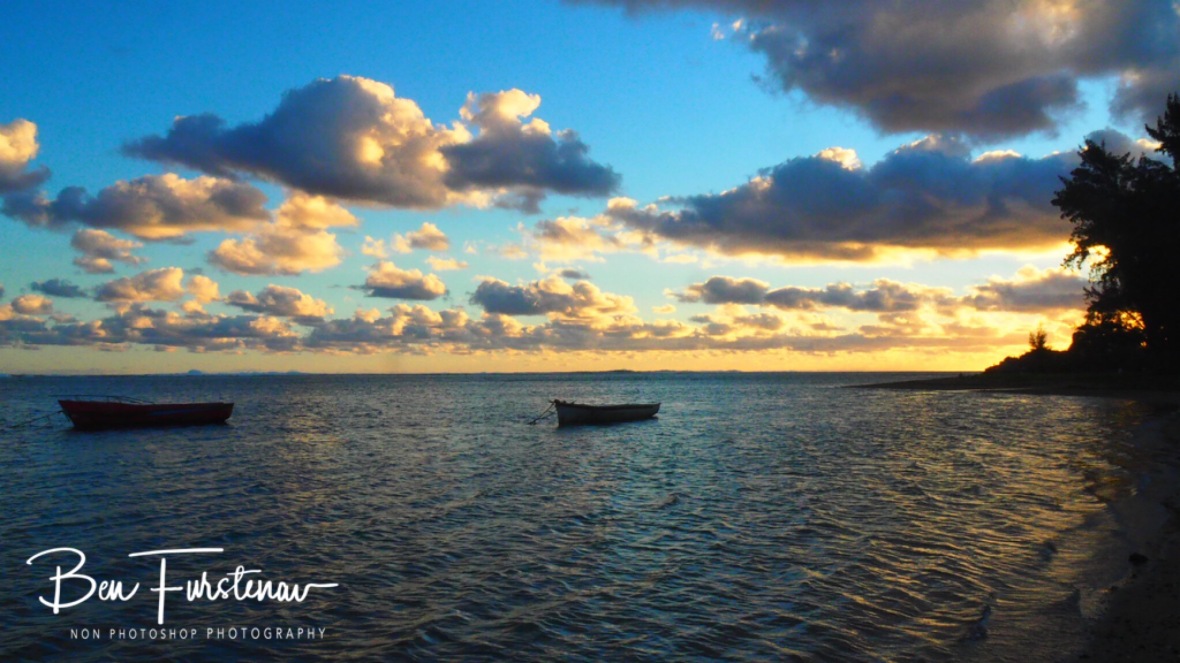 We watched the sunset by the beach, before it was time to go home. On narrow, busy streets, it is quite an adventure. People drive like crazy here. It really was a funtastic day. Veronique and I got on very well instantly, it seemed we knew each other for quite some time.