We left earlyish towards Mahajunga. Unfortunately, there is no direct route or bypass around Tana. We got stuck in heavy traffic, stop and go, at times more stop then go, big city issues. It was steaming hot. Mobile sellers, the men and women who try to sell you almost anything along the busy streets. The poorest of the poorest approach you, asking for money. Like everywhere on Madagascar, if you give some change to one, they all swarm you. And when it’s all gone, they still keep coming.

It really is heartbreaking. Even Ninah showed some compassion and handed out some change. Odilon got a bit annoyed and agitated. The fact that it was passed lunchtime, and we’re stuck in heavy traffic, surrounded by the poorest souls, did not impress him at all. He is a bit short fused at times I noticed. I kept his temper in check. No need for that, it doesn’t change anything about our situation.

As I mentioned before, rice is the staple diet here; breakfast, lunch and dinner. I think it goes a bit further then that. It’s like being on ‘cold turkey’ and rice is their drug, they eat big portions each time. Anyhow, I asked him to pull over at the next best restaurant,so he can destress.

Shortly after, we pulled over in a wee pine forest area. Dix minutes, Odilon said in French. Just checking front tyre, bearings and cranks. Really, again? 10 minutes turned in to 90 minutes and a lot of time was wasted. When he eventually finished, covered in motor oil, he apologized for the delay. I said that initially I don’t care if things need to be fixed, than that’s how it is. What I couldn’t understand was, that yesterday we had his boss with 4 mechanics working on the car. Why didn’t the car get a full service? Particular the front wheels, which had been troubling us from day one.

This is my time that we are wasting and it is running short! I have only one more week to go for this funtastic adventure on this island. We finally arrived at our destination at Antanambao around 10 pm and stayed in a pretty shitty hotel. I am not really fussy, I think, but the basics should be covered. 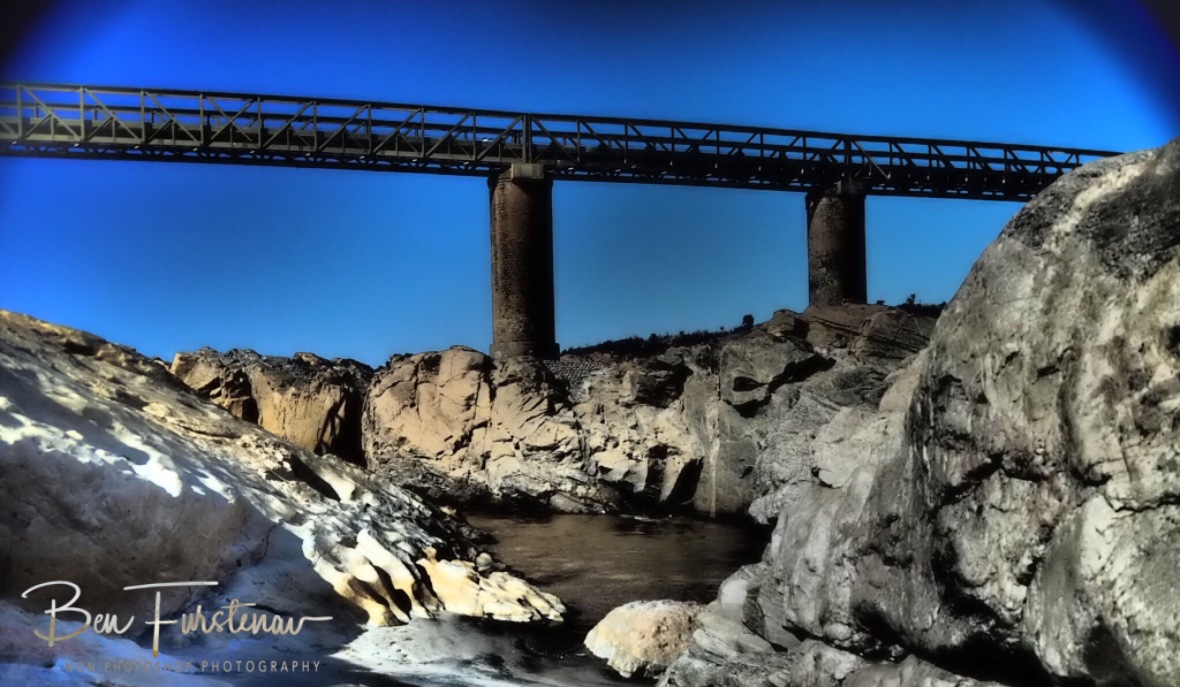 We left in time( first time ever), and made our way to Mahajunga . The original plan was to, spend 3 days at Nat. Park D’ankarafantsika, and then head further up north to Mahajunga . That is an extra 288 km’s and would have added to our return trip to Tana. So, I asked to change it around.
After spending all day yesterday in, or around the car, I wasn’t keen to repeat that. Odilon said it’s no problem to drive from Mahajunga to Tana. I just reminded him of yesterday and the day before. Besides, I asked to spend the last few days camping at National Park D’ankarafantsika, with Ninah cooking one of her tasty meals, plenty of beer, rum, barrak and laughter. Just like this journey started, back on The Tsiribihina river.

Just a fraction of a torrent river

The only chance I had, to take a colourful photo with so much light, was to use my extra dark filter. I was happy with the outcome. In some photos, the cascades blend in with the rocks, it looks surreal. 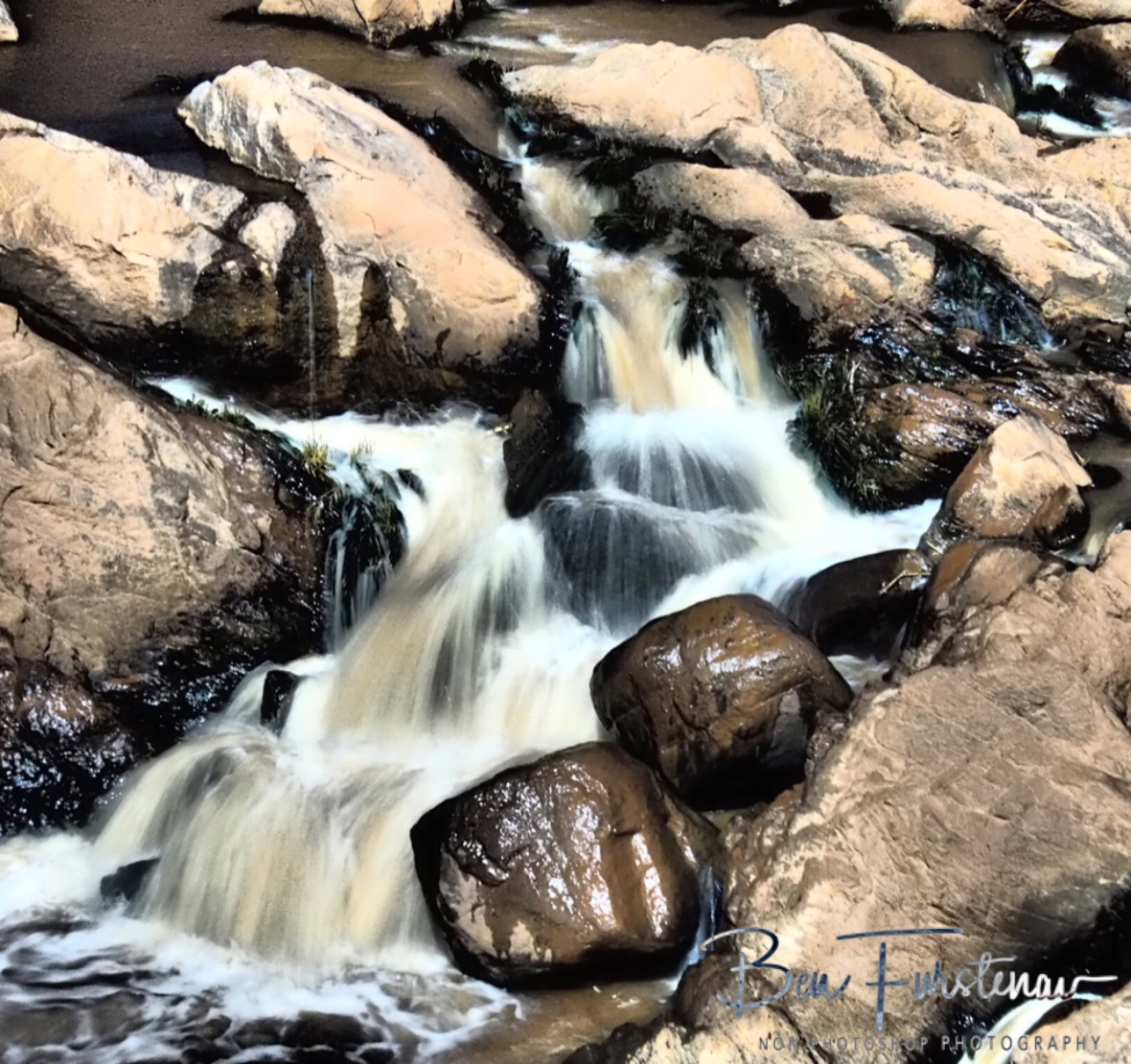 Rocks and water blended in

Ninah had prepared a juicy sweet ananas, and we were up for some shenanigans on the roof rack. Ha ha…Both picked up on my ‘Je nes se pas!’ Expression,shrugging my shoulders with a silly face. Keeps both amused. And myself. 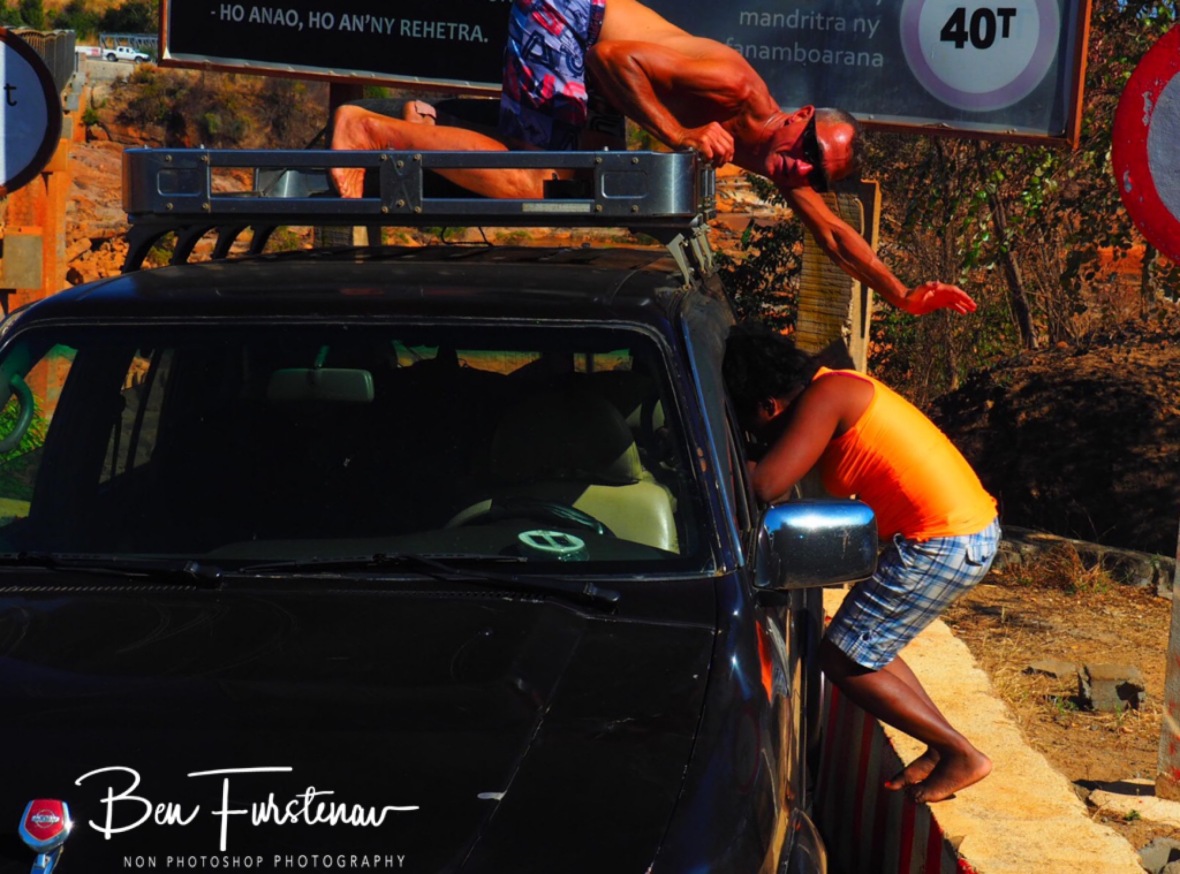 In one of the small towns Odilon had cold turkey and rice, only 3 hours after breakfast. There was a young boy looked rather cute, lounging on the shop front.

I wasn’t hungry and went for a walk around the markets shirtless, as it was steaming hot. I got the usual strange looks from locals, until a policeman asked me to follow him. In a tiny office, occupied by two other policemen, I was asked, why I am not wearing a shirt. Mafana be (very hot) I replied. They asked me then to wear a shirt, as it was unlawful to walk around shirtless. Tsy maninona ( no problem), I replied. I shared my experience with Ninah and Odilon. We had a good laugh, ha ha.

We continued our drive in very hot conditions and came to a small bridge with a wee traffic jam. A zebu cart, filled with hay, had derailed. The left wheel slid of the bridge in between the railing.
The zebu were released and almost kicked one of the cart drivers on the leg. I waited for the unhappy zebu to be lead away and jumped out to help lift the wheel back on the bridge. Ninah and Odilon looked surprised, so did the kart drivers. But together we were able to remove the traffic jam and move on. The look on Ninah’s and Odilon’s face was just priceless, to say the least. I just asked for a coffee from the thermos and off we went. We arrived at very busy Mahajunga late afternoon. I was happy to stay in a hotel a bit up north, as all hotels were booked. Weekend in school holidays like anywhere, busy busy. This seems to be the main getaway holiday spot for Tanarivions. It also holds Madagascar’s biggest Baobab tree. A massive 21 m around the tree stump, right next to the ocean, right in town. I was eager to get there around or at sunset. But my excitement was short lived. It is surrounded by people, a fence and large posters. Opposite was some sort of fair, kids having fun riding those roundabouts, teenagers busy taking selfies. It sure was a different vibe then to the one in Tamatave. Ninah and Odilon picked me up for dinner and said, that they found a hotel in town, with pool and wifi. I was surprised, but ten points for the effort. Not much else happened after, so time for bed. 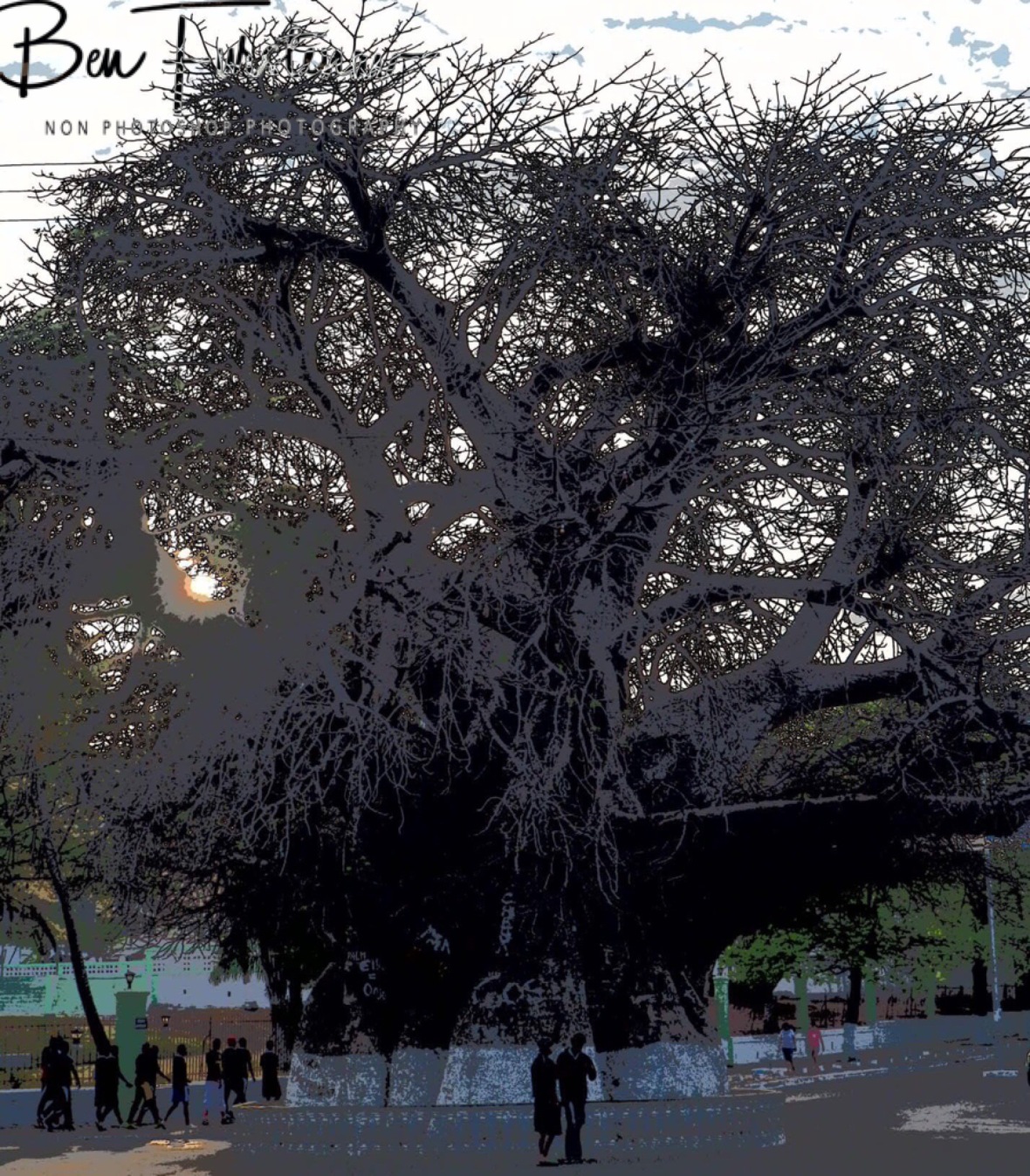