I just packed up camp in Lydenburg when Pieter called me. I have friends near Lydenburg on a trout and game farm, who would like to meet you, he said. Ha ha, he has connections all over this land, no surprises there. This area is called the Northern Drakenbergs, ideal for hiking, fishing and camping and plenty of other outdoor activities.

Stunning waterfalls and deep gorges, just like the Drakenberg range further south. This is a popular tourist destination for international tourists as well as for South Africans. Being a long weekend added to the visitors craze. 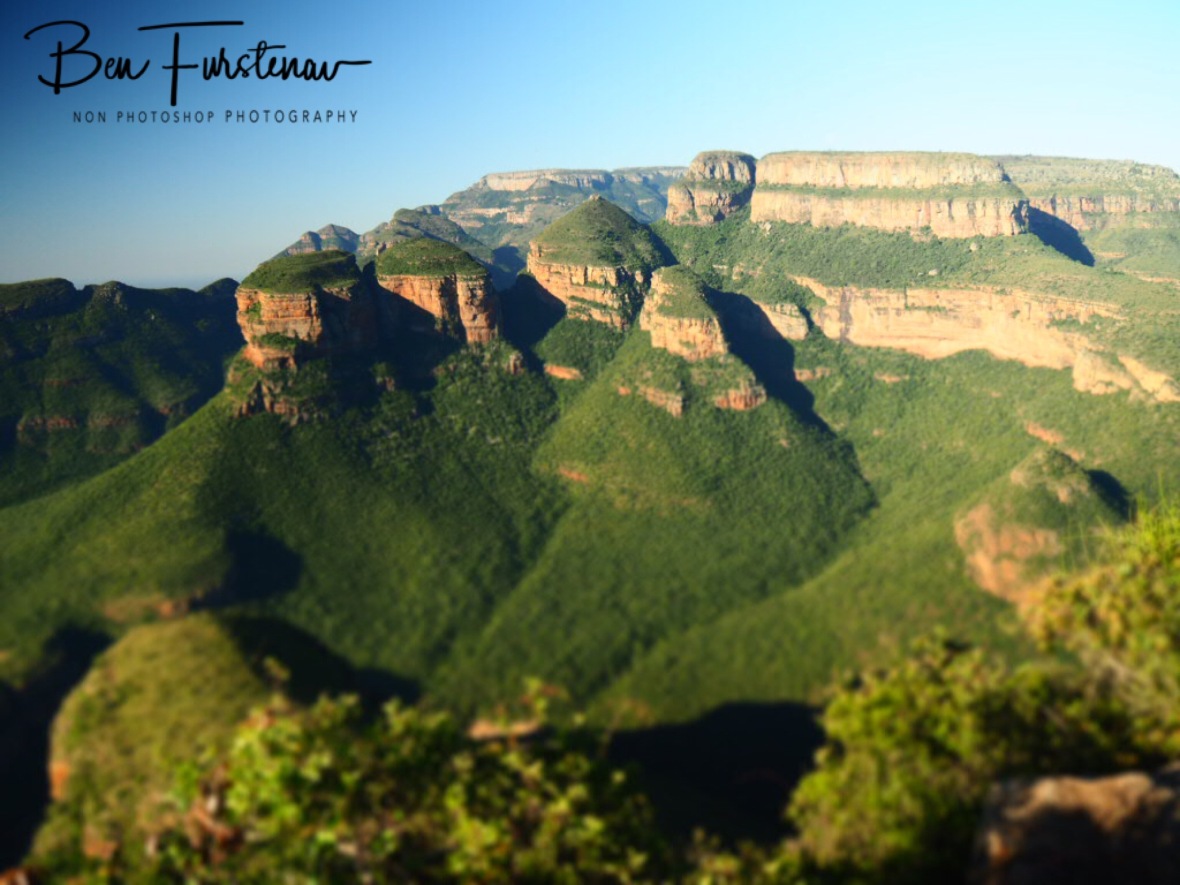 The original idea was to drive up to Blydes Canyon to go for a hike. Since I have a few days in the area, I called Angus Brown to see if and where we would meet. He was laughing when I mentioned Pieter’s call but was happy to meet, even though busy rebuilding a new lodge by the creek. This farm is immense in size, from one mountain range to the next, bordering with National reserves. 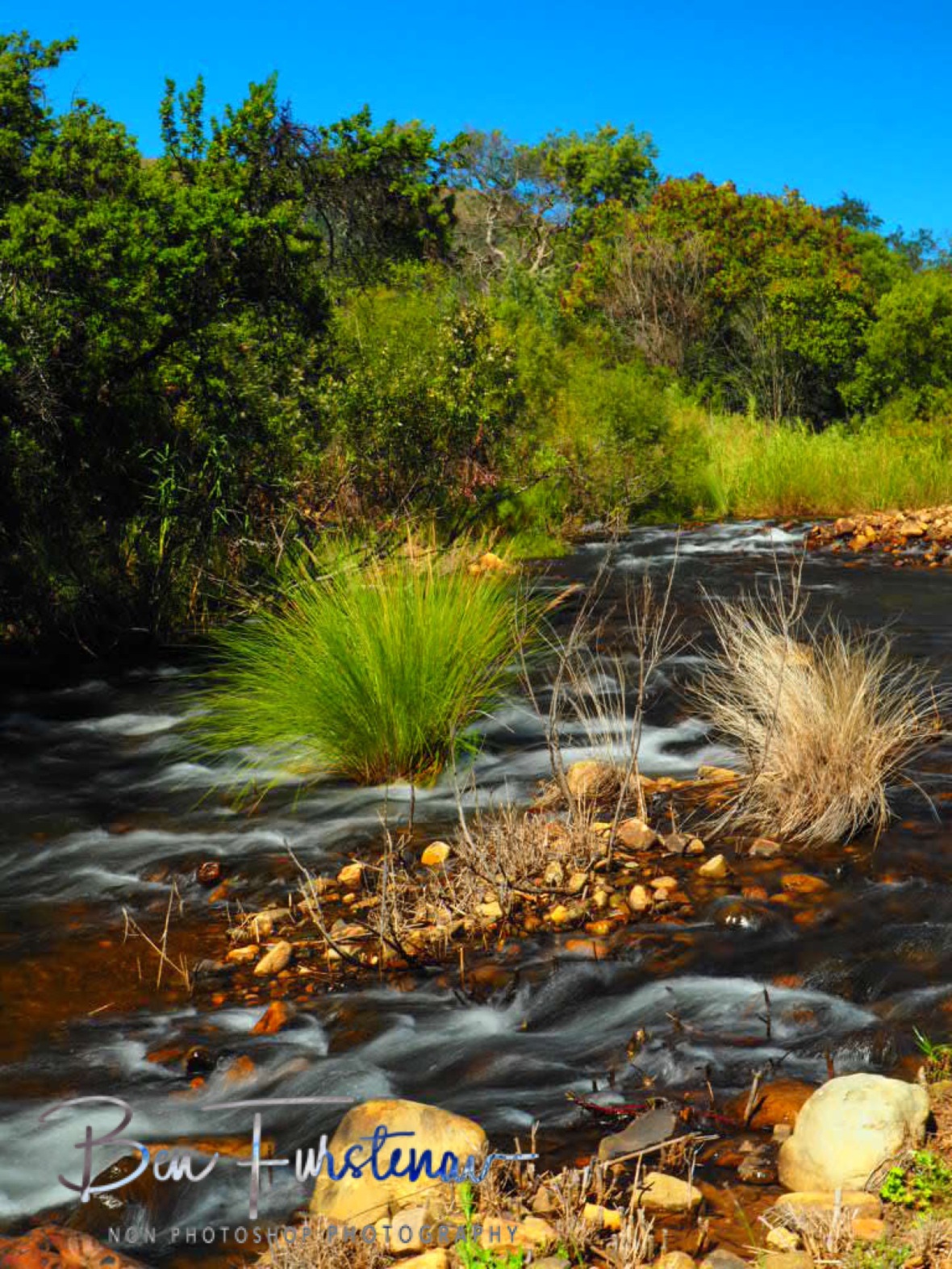 A cold, fast flowing is creek running through the middle. Clear fresh water coming straight from the mountains, refreshing to drink and ideal  trout habitat. Trout is not a native fish in these waters and had been introduced by early settlers. Angus happily showed me around on some steep and rocky slopes, overlooking the vast land.

Sable Antilope was kept close to the house due to increasing leopard numbers in the area. A great thought for me, not if you’re a game farmer. 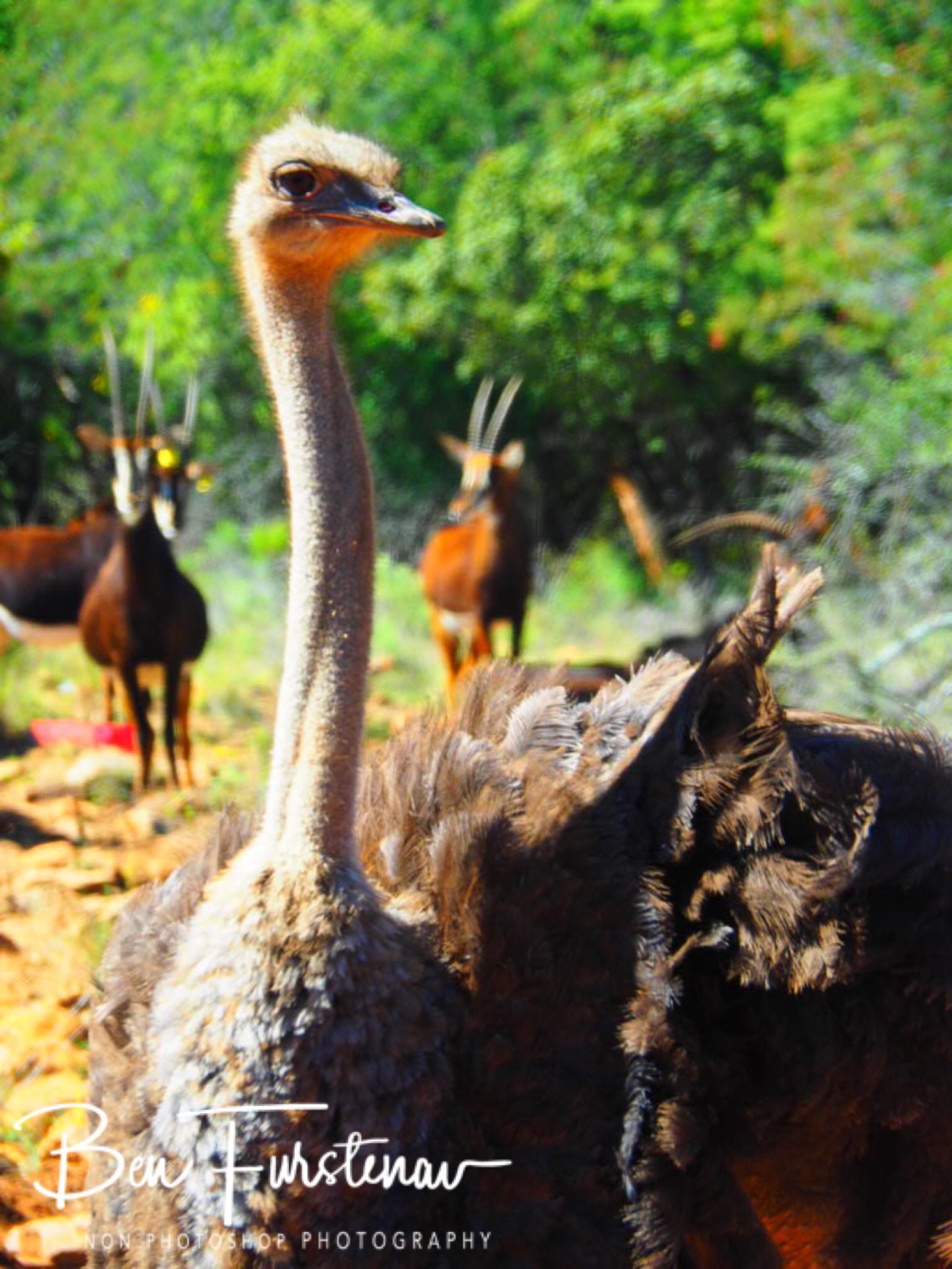 An ostrich female appeared as the guard of the herd, acting rather inquisitive.

I met Angus’ wife Jenny at the main estate for a nice cuppa coffee and a friendly chat. It turned out, that they were Dina and Dirks neighbours for a long time, down in the Free State. Small World.  I appreciated the time they made for me, on a very busy schedule.

I went for a stroll along the creek, hoping to see some more wildlife. We spotted a Kudu bull here from the upper slopes earlier, licking on a salt stone. But he had disappeared. With the sun at its peak, it appeared every animal stayed in the cooler shade. The scenery of this creek surrounded by mountain tops was spectacular. 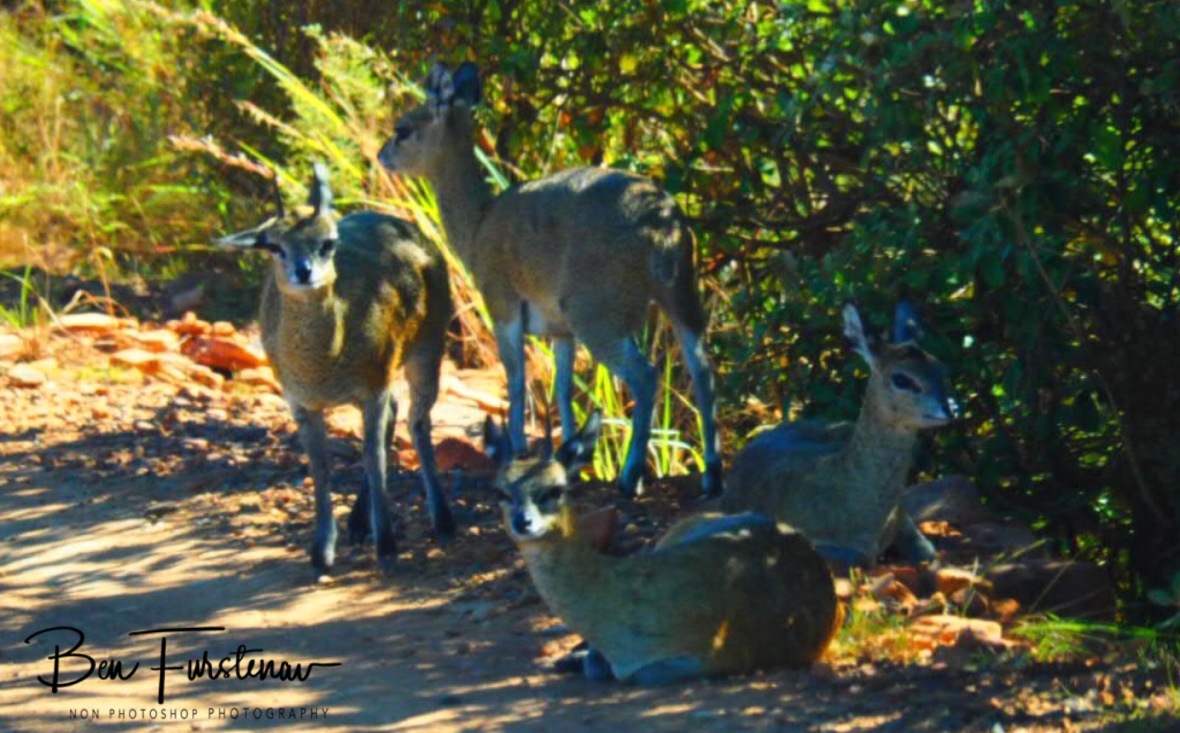 On my way out, I came across four cute ‘Klipspringers’, resting in the shade by the road. It seemed this was their lunch time meeting place. 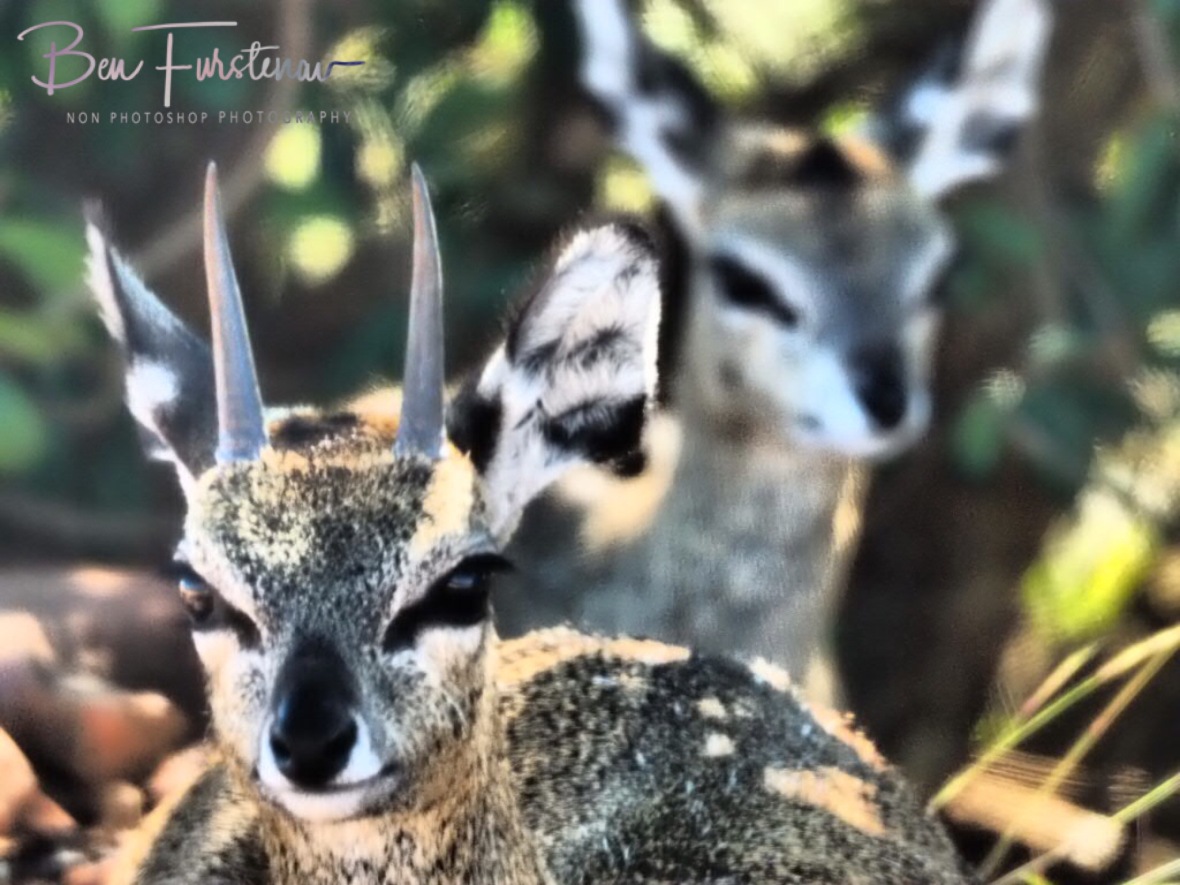 They were obviously used to by passing cars and didn’t move too much, which gave me an excellent opportunity to take a few close up photos.

The horns aren’t much taller the their ears, Rivendell Trout estate

They are one off the smallest Antelope in Africa. Cute to watch.

With the long neck, almost looks like a sloth out off the ice age, Rivendell Trout estate

I headed further north towards Blyde canyon, the third largest in the world. 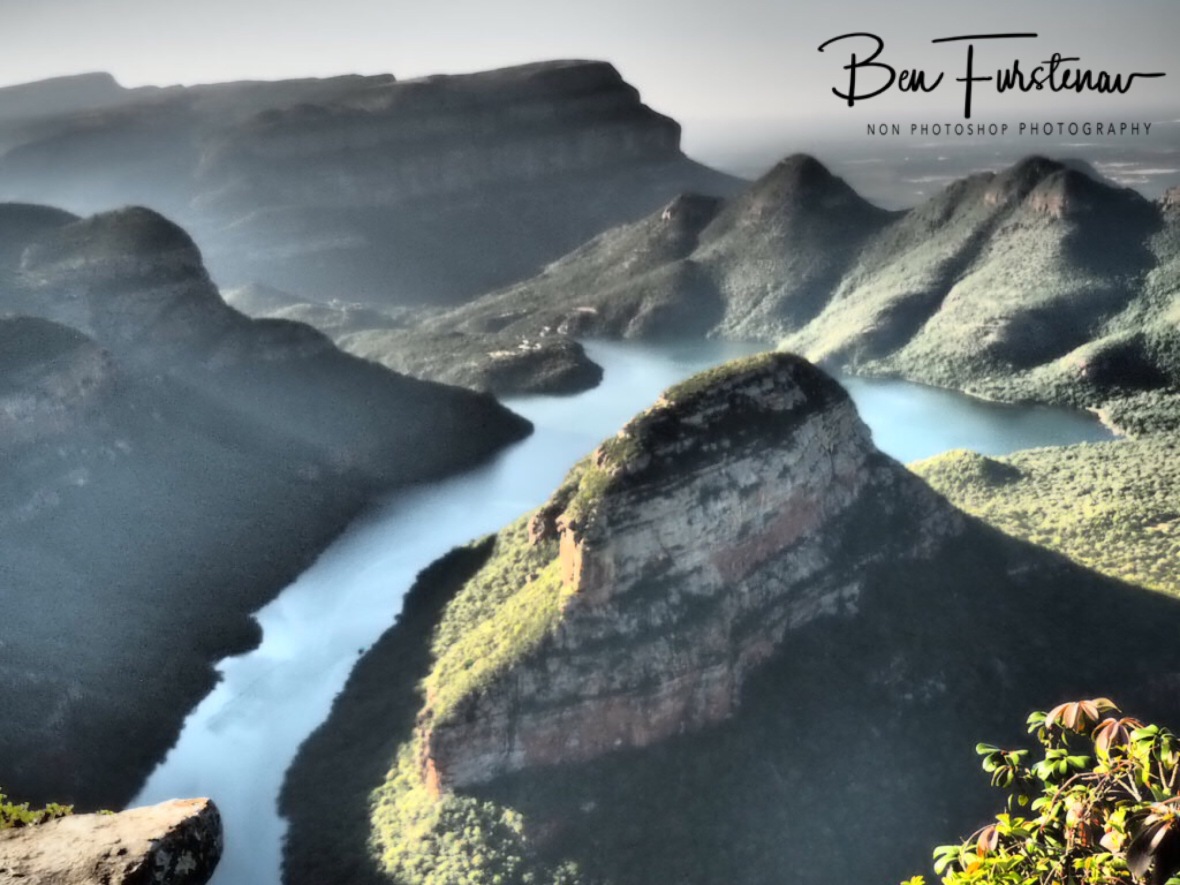 Overlooking the gorge and down to the dam, Blydes Canyon

As I had a quick pit stop, Zimba’s throttle cut out repeatedly. I noticed whilst driving that it wasn’t as smooth as before. Some worrying signs.

Overlooking a king and his three sisters, Blydes Canyon

I arrived late afternoon at the ‘Three Rondavels’ lookout, although I can see four peaks. Also known as the ‘Chief and his three sisters’.? So, there are four peaks, but only three Rondavels. One got a stunning view over the Canyon, with the three sisters on the opposite edge. It looked somewhat familiar to the ‘Three Sisters’ in Blue Mountain National Park, Australia. Only three peaks there though. These here are just a bit rounder and bolder, which is a symbol of wealth here in South Africa. The Blydes River dam does boat excursions. 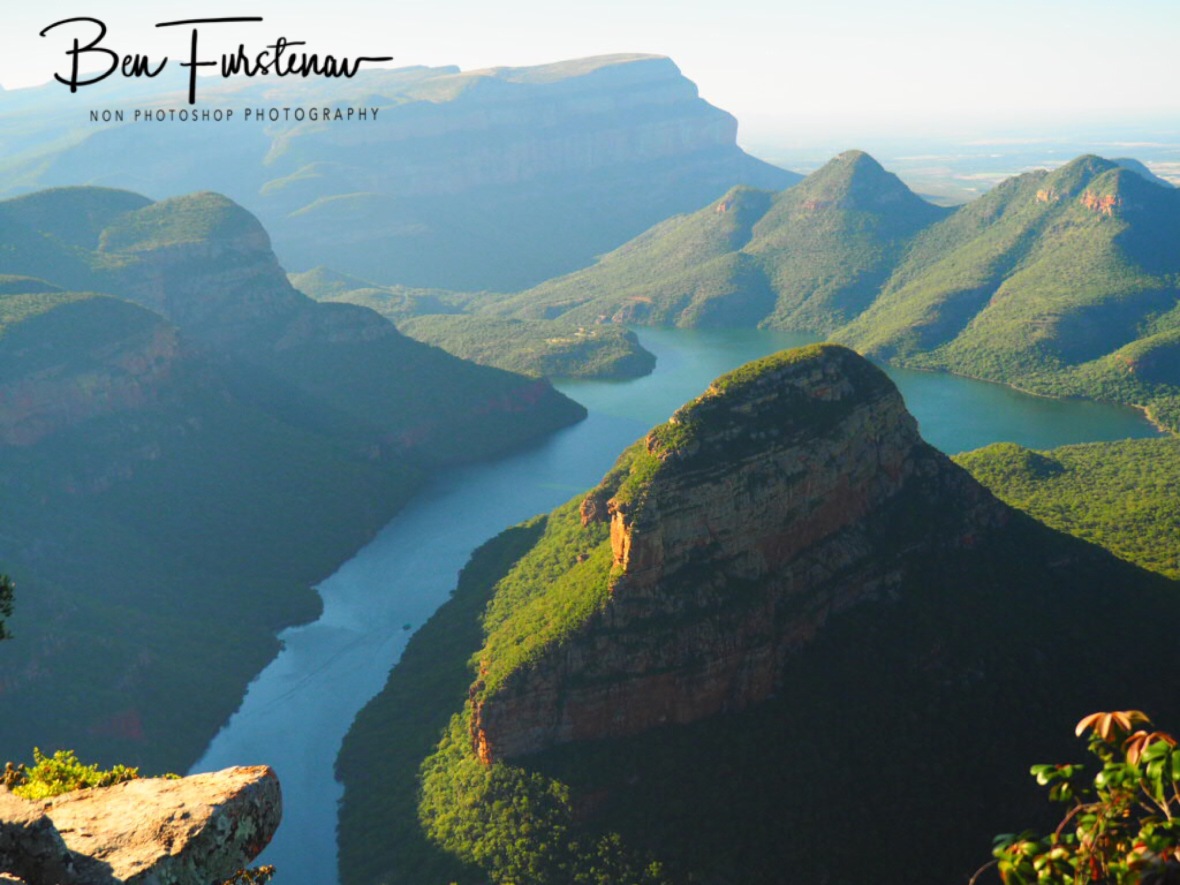 On a clear and sunny day, one can see for miles, Blydes Canyon

I contemplated hiking along the edge, but decided against it. The sun was setting and Zimba’s state got me thinking. I was a bit confused on what to do. I still have a long way to go, Zimba has been to the mechanic a few times already.

I arrived in Graskop just before sunset  and set up camp at Graskop backpackers. A friendly vibe with friendly fellow travelers. I had a good chat with a young German chap called Steffen, experiencing what traveling is all about.