Australia is a fishing paradise, there is no doubt about that. With 30 000 km of coastline, hundreds of islands and countless inland lakes, streams and rivers, it is simply irresistible to take your fishing gear and enjoy nature for a few hours. Being the driest liveable continent on planet earth, weather conditions are often good.

The incoming tide in tropical waters is a good time to fish in northern Queensland, Australia

From tropical reefs and flood plains up north to rich cold currents in the southern half of Australia, saltwater fishing options are endless. 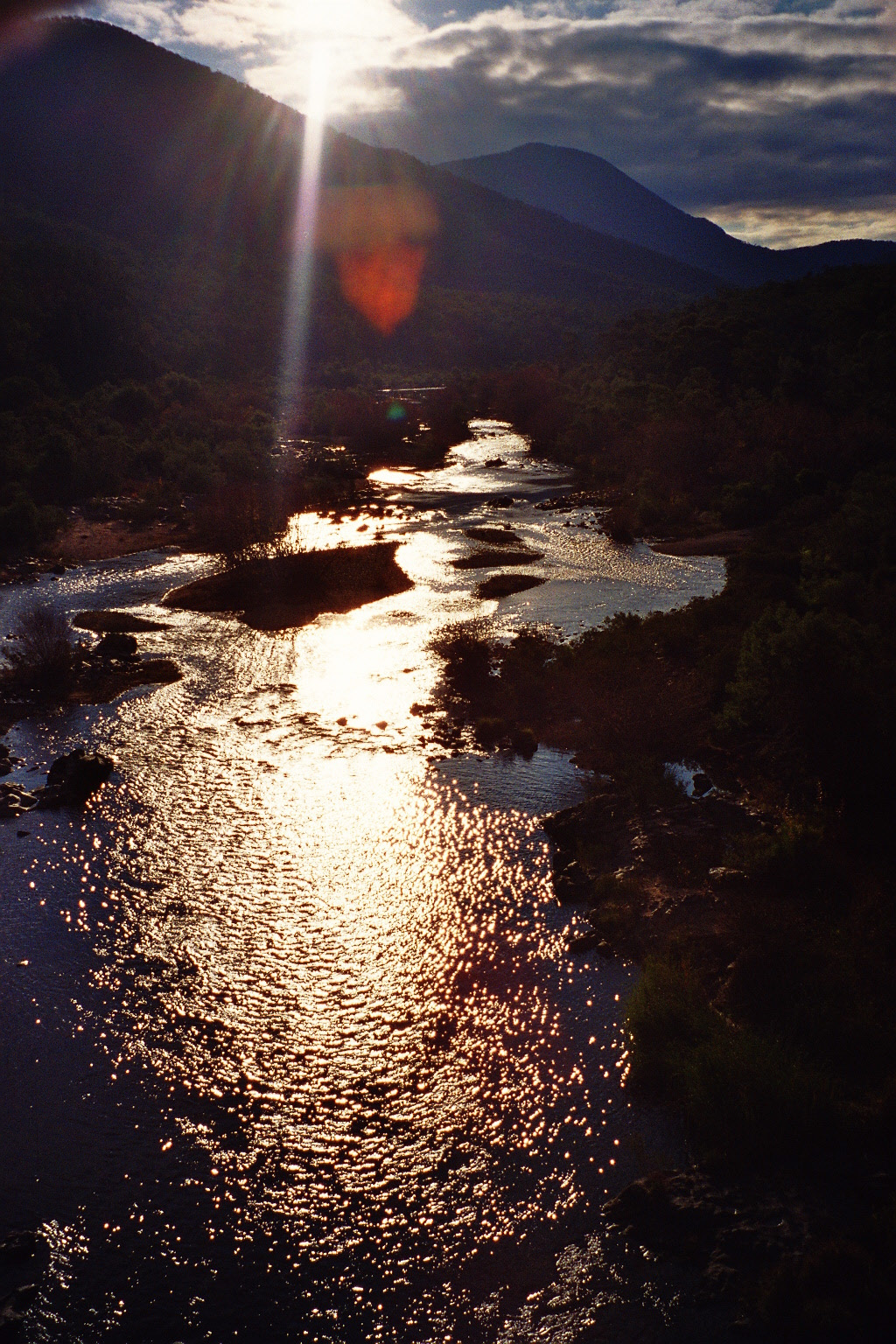 There are many cold water streams and lakes in southern highlands and large rivers all across the country, fish species to target are countless. 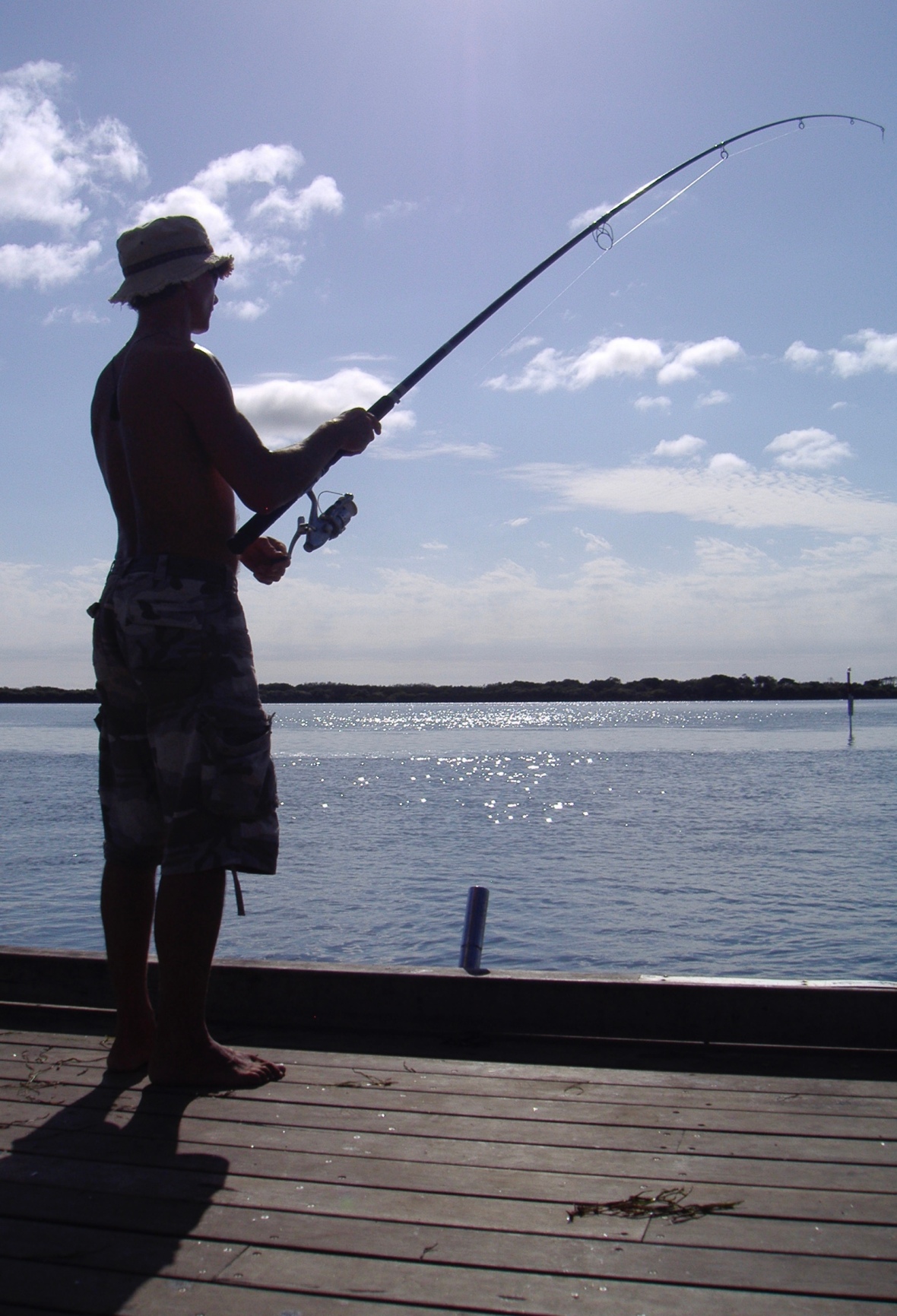 Fishing off the jetty in Caloundra, Queensland, Australia

It is an exciting day for kids to go fishing with their parents off jetties or beaches. The glow in their eyes when a fish is caught is just priceless.

More unusual is it to see dogs fishing.

Jo the Golden Retriever does what he does best; chasing and retrieving.

Splashing through shallow waters, chasing fish, crabs or anything else on the seafood platter is very amusing to watch. 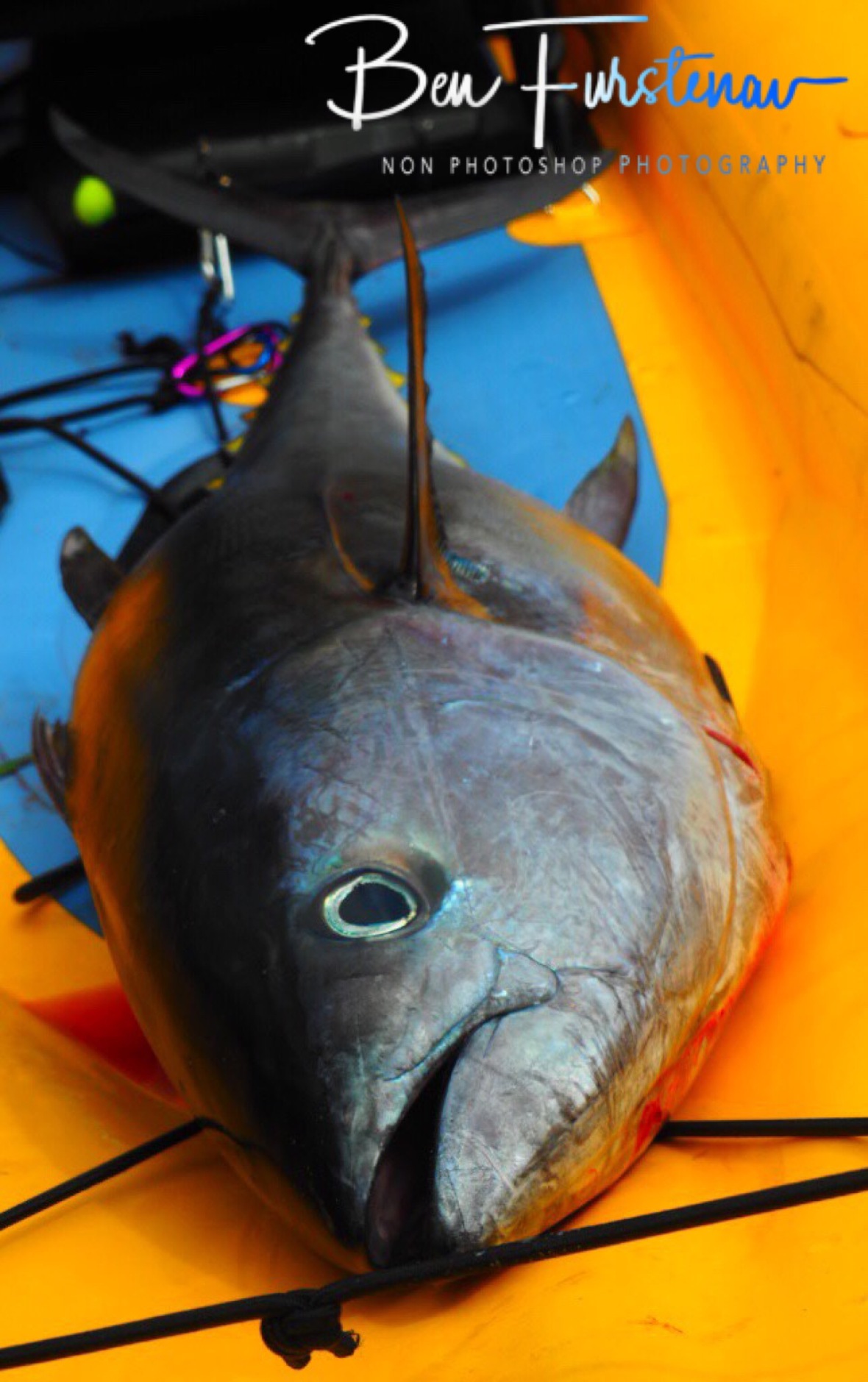 A heavy load in my kayak at Diggers Beach, New South Wales, Australia

Chasing and catching the big one, and getting it back to brag about,  is on every fisherman and fisherwoman’s mind. 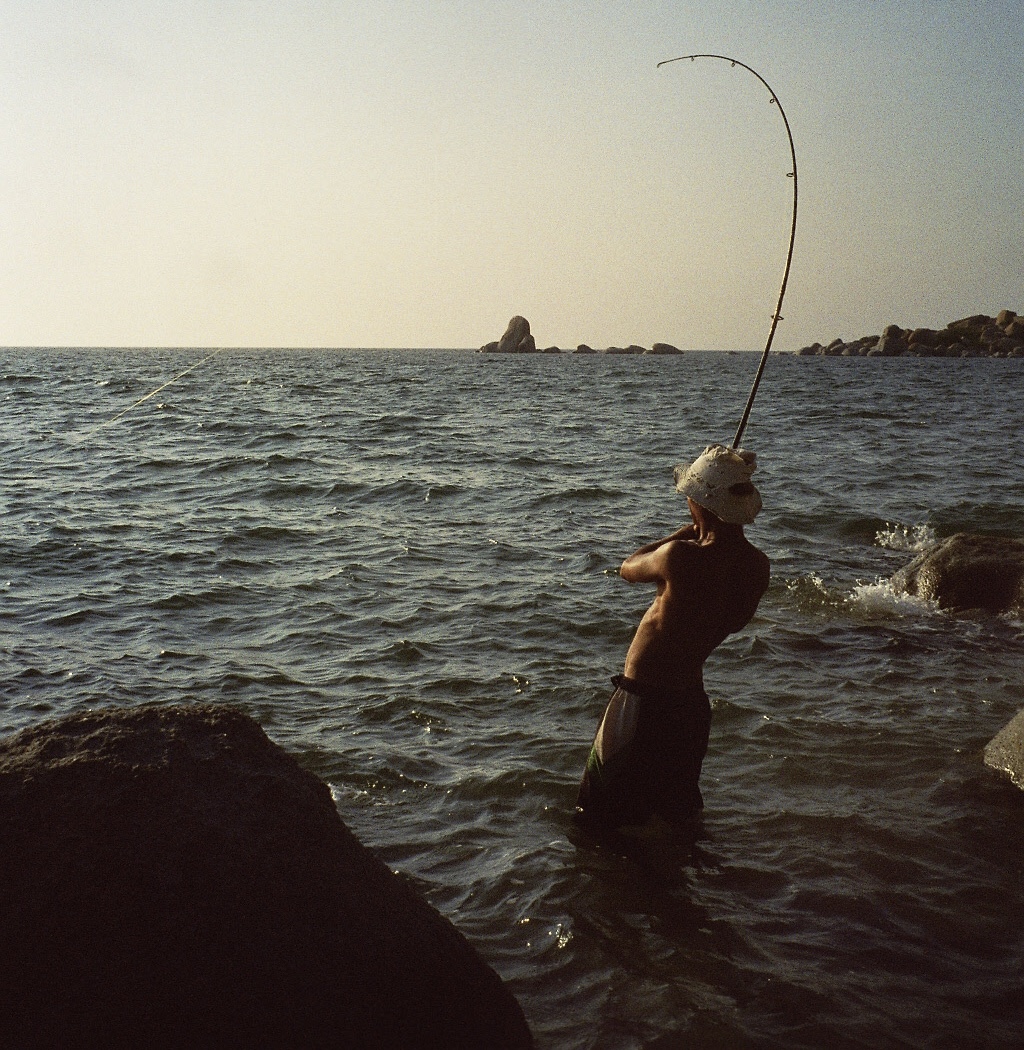 Hooked on a big one on the remote Cape York Peninsula, Queensland, Australia

Even though they go fishing ‘just for fun’, the thought of a big catch is always in the back of our minds. 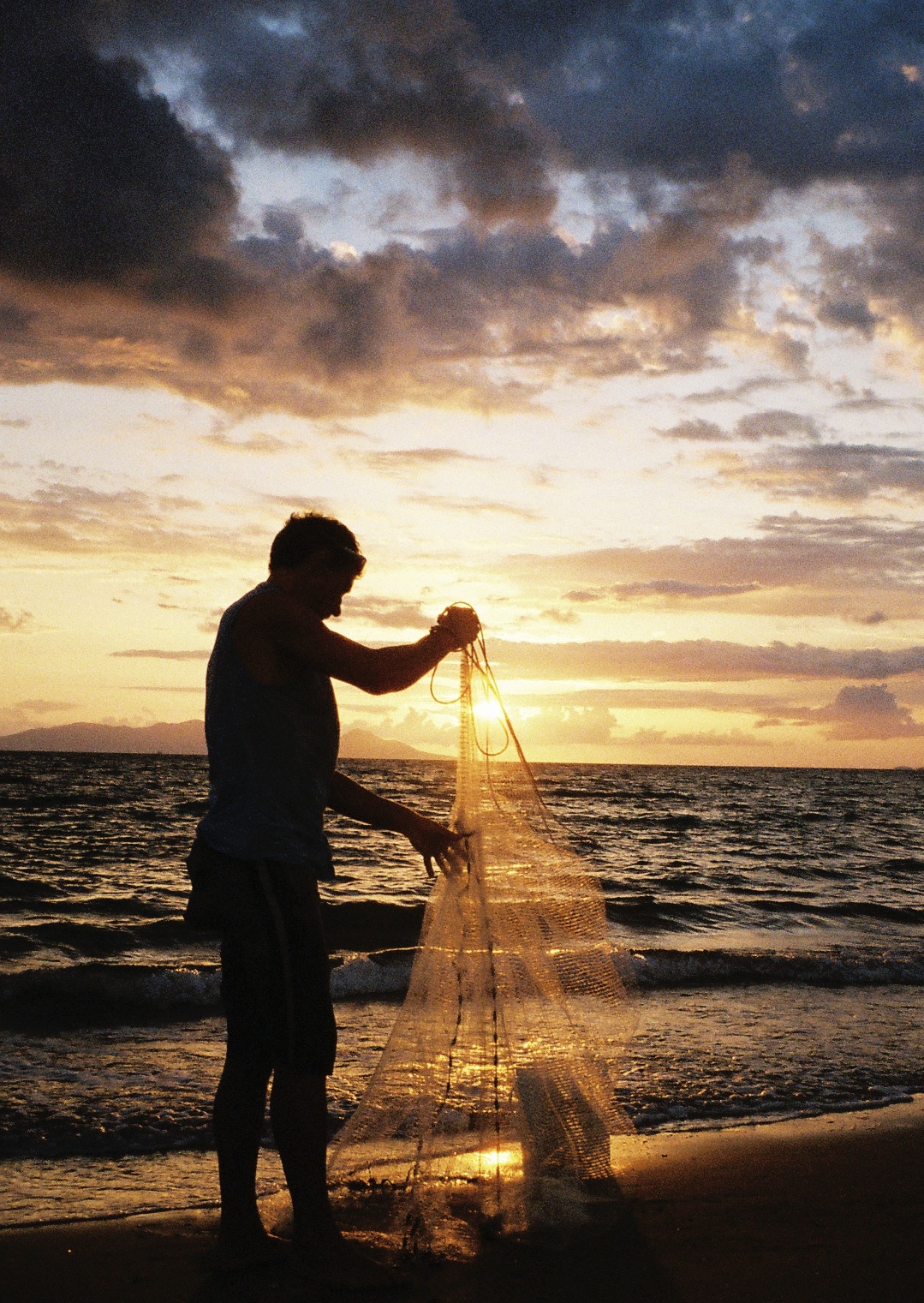 Collecting bait with a cast net is only legal in Queensland, Australia

Using the right bait, being in the right spot, tides, weather conditions and water temperature, it’s all part of fishing. 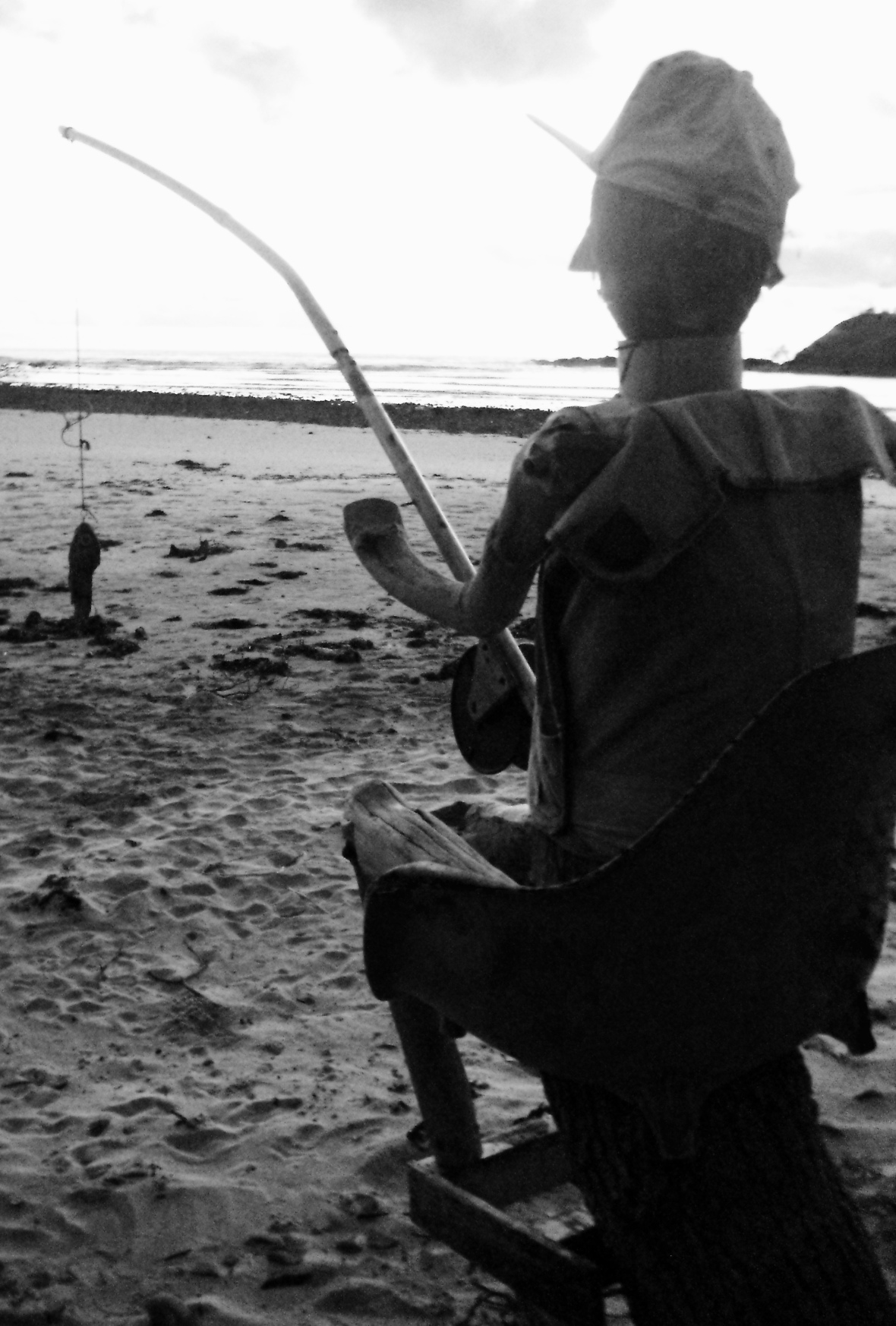 Some are more competitive than others and therefore more successful.

Local knowledge is another advantage, knowing where to go to at what time to reach those secret and sacred fishing spots.

Like most fellow Australians, I am a mad keen fisherman. I always have been since knee height and hopefully always will be. 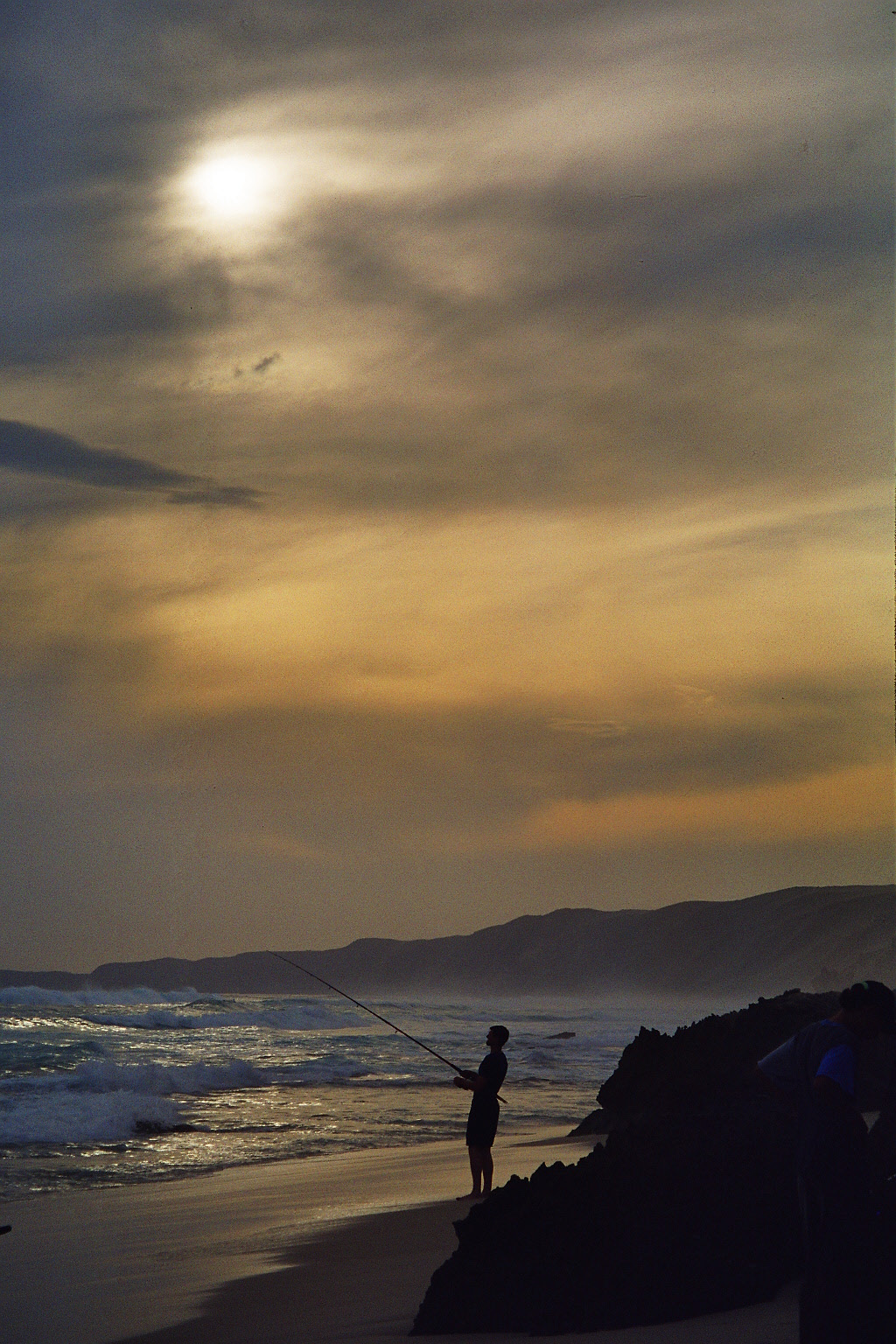 In peace with Nature in Albany, Western Australia, Australia

Being able to connect with nature by the ocean, watching a sunrise or sunset, gives me an incredible sense of freedom and tranquility. 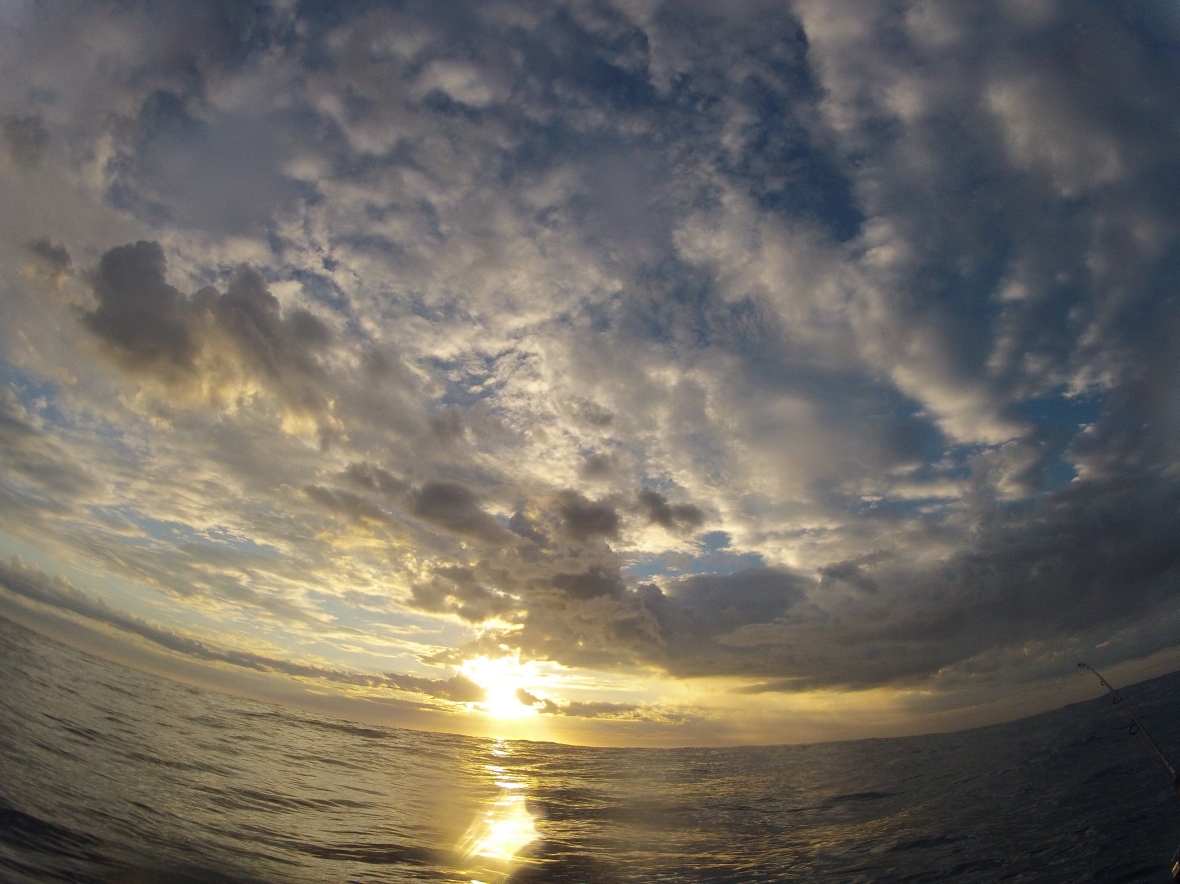 Being able to reach nearby reefs or other potentially good fishing spots on my kayak doesn’t automatically mean that I will be catching a nice, or any fish. I very often come back empty-handed, but that’s just part of fishing. And I really don’t mind. However, there is one big difference between me and many fellow fishos. I believe in sustainable fishing. Keeping only what I need.

Catch and release is always on my mind and I, therefore, use so-called circle hooks. This is a newish technology, which works very well, yet doesn’t seem logical.

The sharp point is bent inwards for the following reason. Once the fish takes the bait and swims off, the hook literally gets pulled out of his mouth and sets on the corner of its mouth. This gives good access to unhook the fish quickly so it can swim off again without any damage. These come in all sizes, depending on what kind of fish you are targeting. The fish species determines to keep it or not, and it’s the size of course. And size does matter. At least when it comes to fishing. Not only by law but by common sense as well. 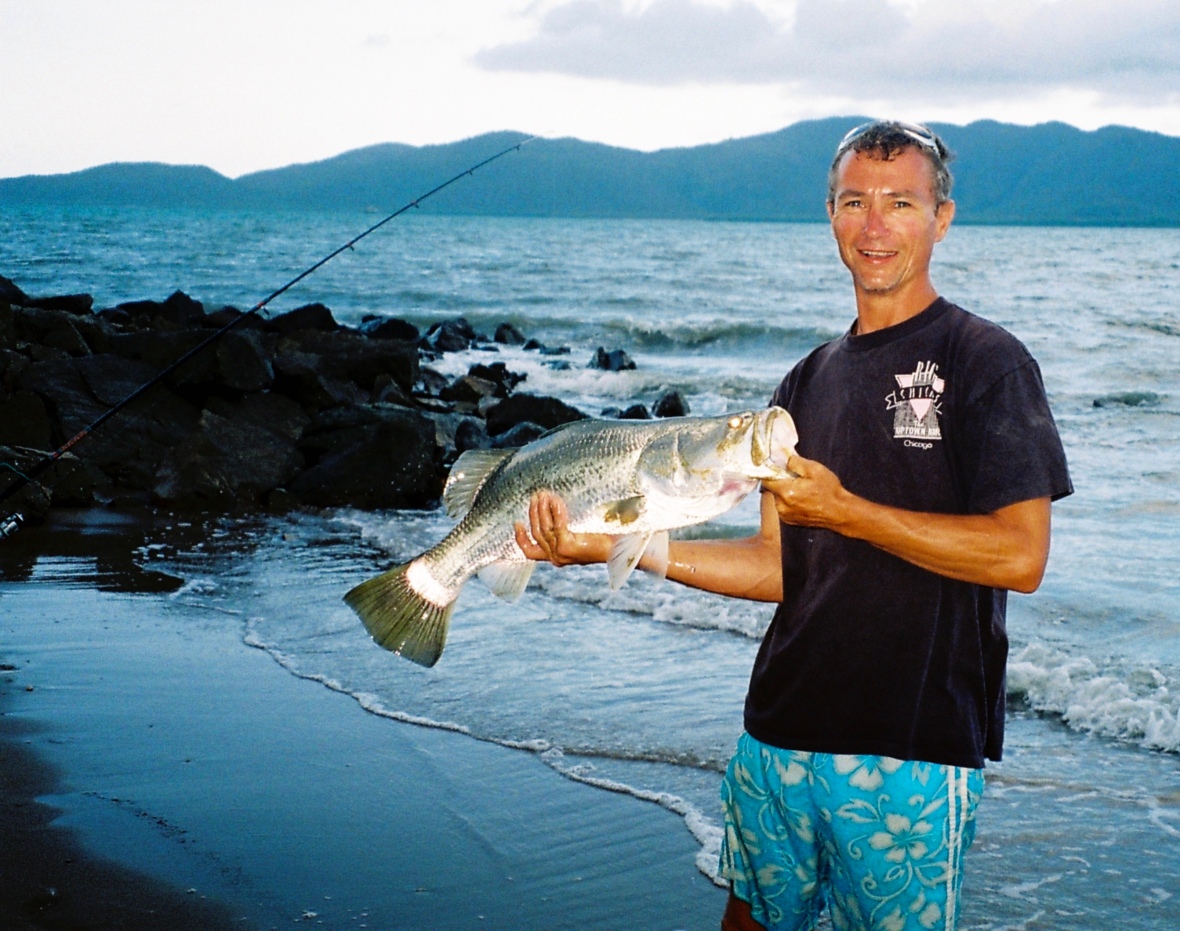 A decent Barramundi caught and released of Beach in Townsville, Queensland, Australia

Fish species like flathead and barramundi change sex after reaching a certain size and maturity and turn female. The Queensland government has implemented a catch and release period over the summer months when barramundi is more active and spawn.  The well-sought snapper reaches spawn maturity after a few years growing 60 cm plus. Ultimately that means; no big fish, no reproduction.

Sadly, I often witness a lot of fishermen keeping every sizeable fish, no matter how full their esky already is. And this mentality is what I don’t understand! The fun part is catching the fish. Setting out with the right bait, hopefully being at the right spot at the right time. That adrenaline pumping moment when the rod bends over and line peeling off the fishing reel to land a good-sized fish. That is what gets all fishos excited.

So, why not take a photo and release the fish for someone else to catch again? Those released fish have a greater chance of reproduction. This will increase the survival of receding fish stock levels all around. Every action has an equal and opposite reaction, Newton’s third law. It seems that the human ego is bigger than understanding the consequences. Taking a photo with way too many fish for bragging rights seems to impress fellow fishermen. I would be more impressed if half of them were released to keep fish stock levels healthy.

Many fishermen complain that there hasn’t been as many fish around within the last couple of decades and blame fishing trawlers and overseas tourists for the decline. They sure don’t help, but if everyone releases at least one fish worldwide wide, millions more fish would swim on our planet’s water systems. Every little action counts and would multiply in the long run. It’s simple mathematics.

What I really hope to achieve with this post, is to encourage other fishermen and fisherwomen to be more considerate about our natural waterways. Look after our planet for future generations being able to chase that big one, that didn’t get away.