Instrumental swinging in the wind

We left early next morning, or earlier, as we had a long drive ahead of us. Our destination was Tamatave, about 400 kms north from here. It doesn’t sound that far, but if you drive thru the highlands, dodge massive pot holes with oncoming traffic or being stuck behind a truck crawling up the hill, then yes, it is a long drive.

Elderly man waiting on his bus

First stop was the taxi Brousse station in Antsirabe. Ninah sent off her fresh fruit and vegetables to her hometown Miandrivazo. I think she was somewhat disappointed not to return to her family as originally planned with Raoul and Lisenne. But happy enough for our travels and adventure to continue.

Any shelter will do

All along the way, there were little stalls of handcrafted art. Seems each family specialised in a certain product. 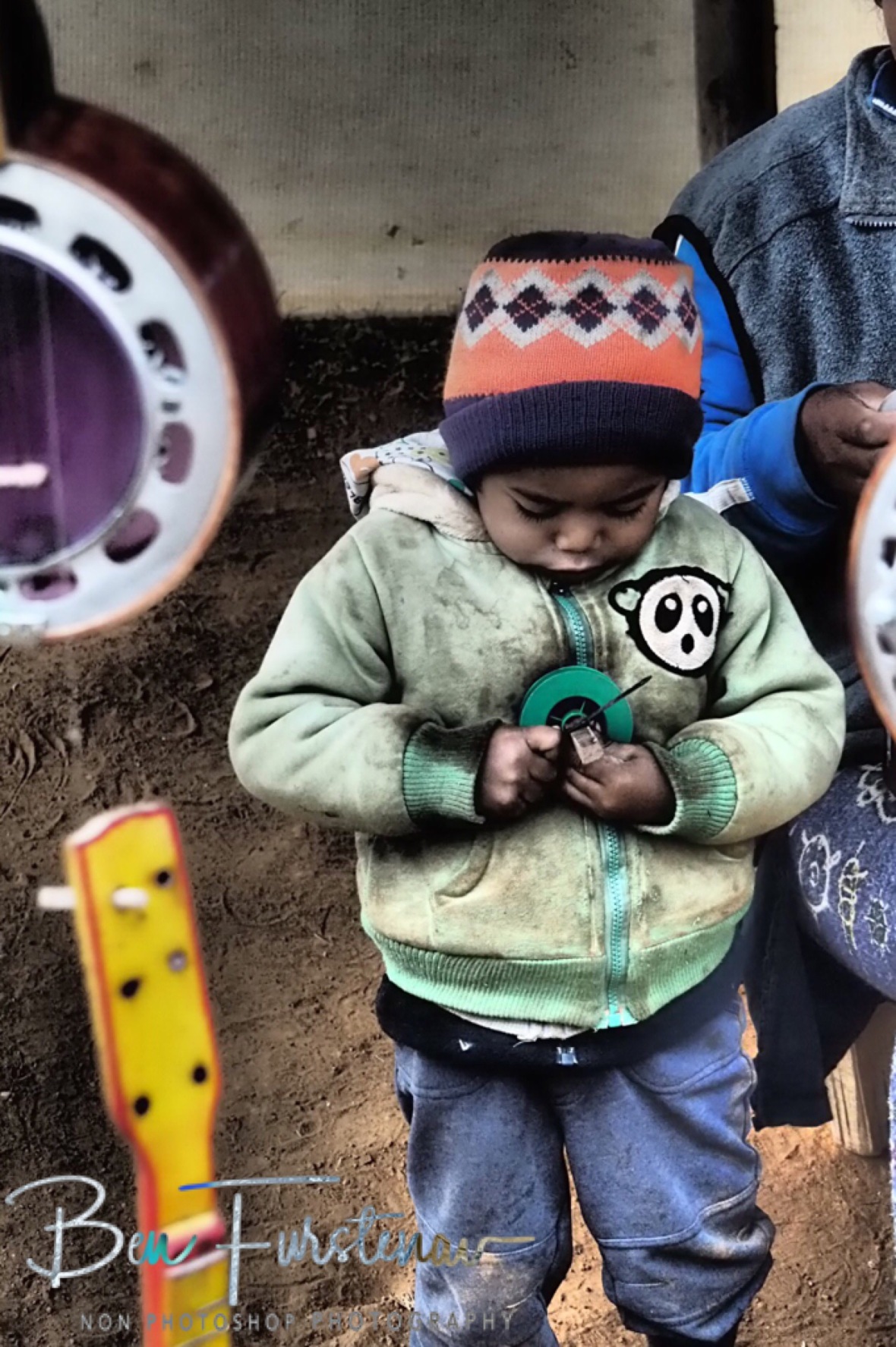 The cutest was a stop at a music instrument family production. Everyone was involved, even the little ones helped as much as they could, but didn’t know what paper bills are for. 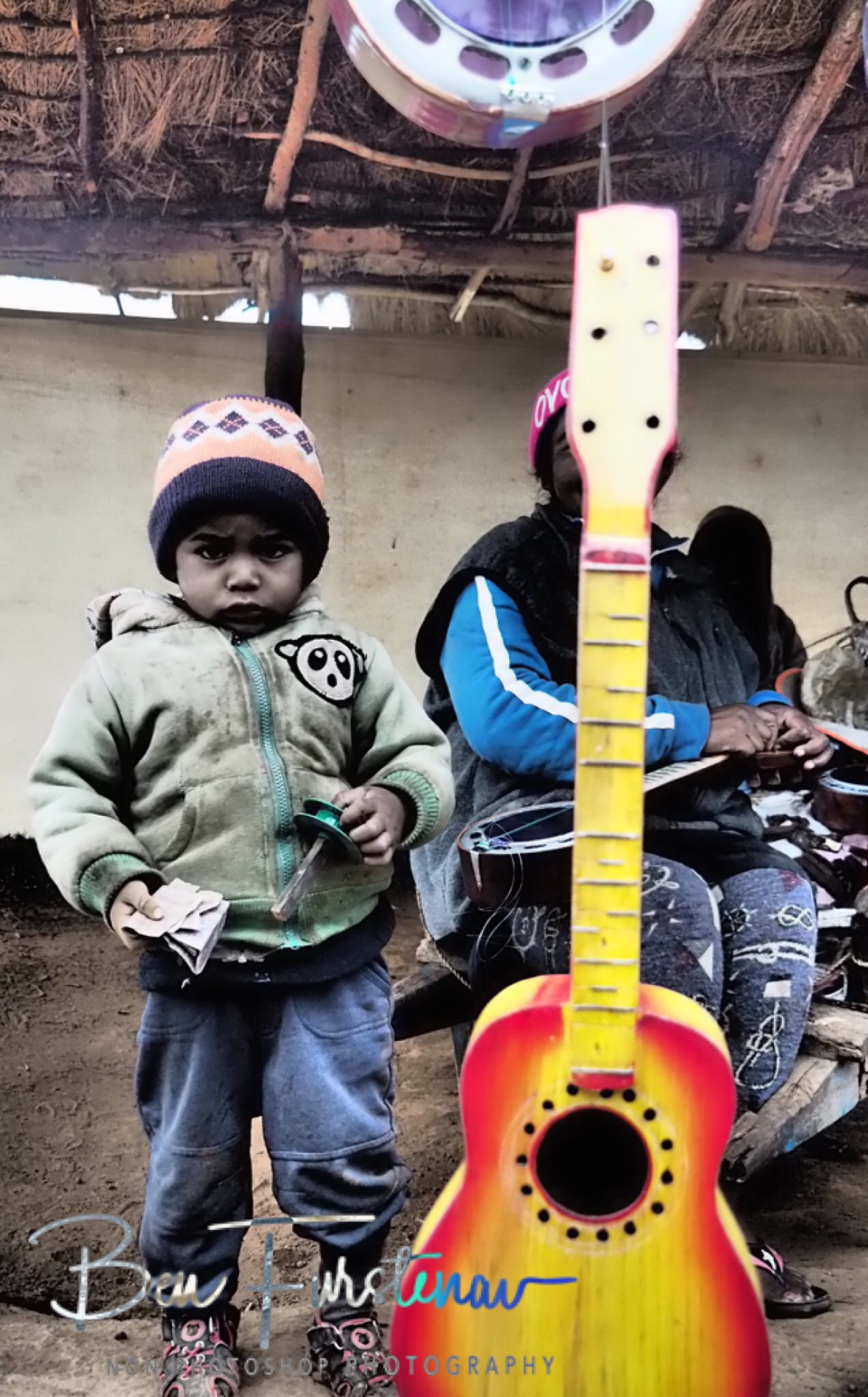 What is this paper for?

The look on his face, after handing out some money, was rather cute, and amused the rest of the family and ourselves.

I asked Odilon about the night driving, as I didn’t want him to get arrested again. But that limitation only applies for certain areas, the road to Tamatave wasn’t one of them.

We passed a few larger towns on the R 7, which was a bustling road with people going to or from market stalls in another chilly, rainy morning. Odilon jacked the Kat Kat up once more, stabilising the front wheels and rims. 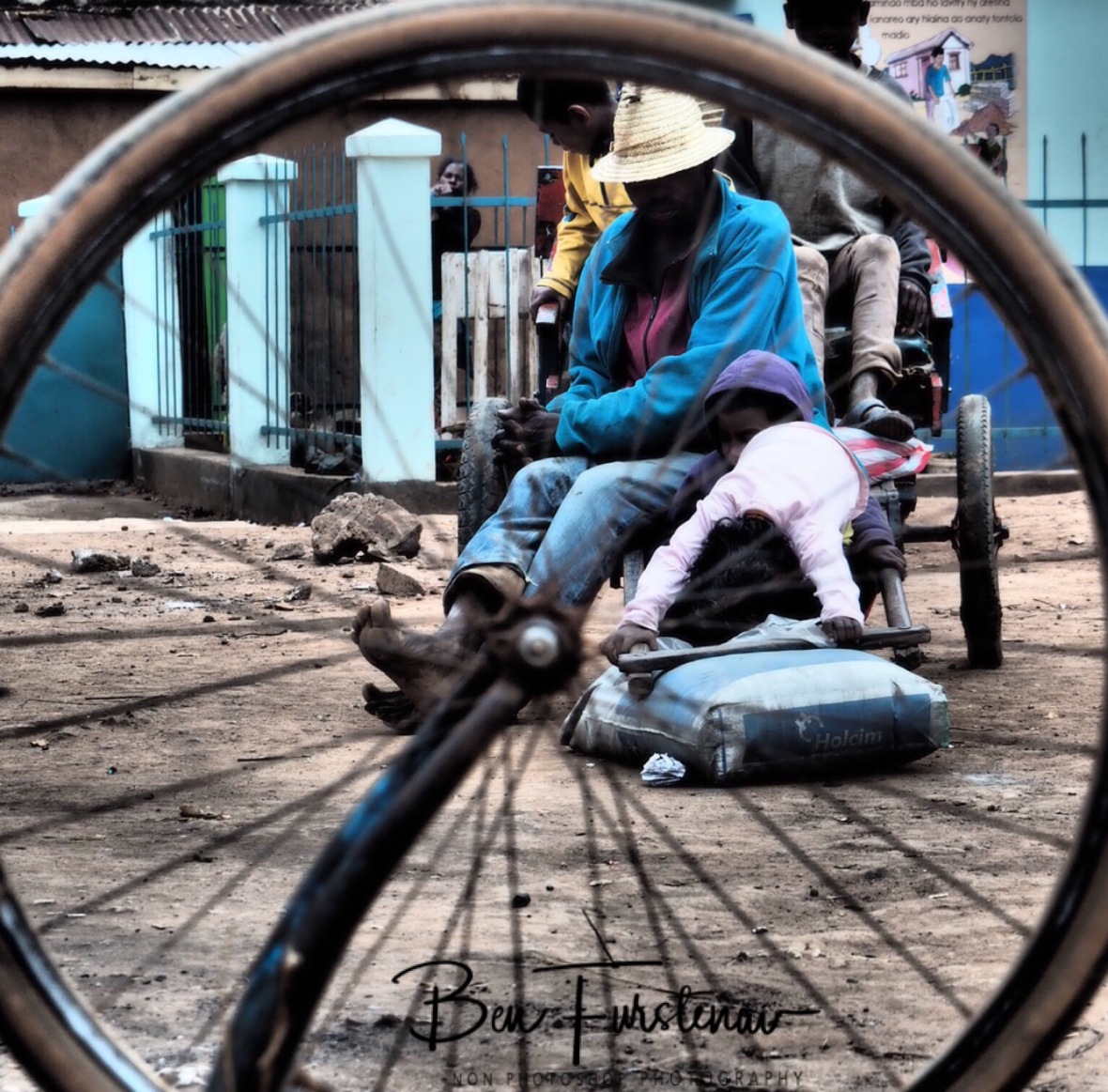 I took the opportunity to walk around town, and take a few photos of the local community.

It became even more obvious that if you don’t have much money or possession, family is all that counts.

The little you have is happily shared. I was easily spotted again, being the only Wassa on the streets, walking around with my camera. Some were rather shy, others intrigued or playful. It’s the kids who gave the cutest smile, particular when I showed them the photos I took of them afterwards.

We arrived late, but happy in Tamatave, in pouring rain. I was hoping that the rain would clear next day, for the next few days. This area of Madagascar is one of the wettest corners of the island.